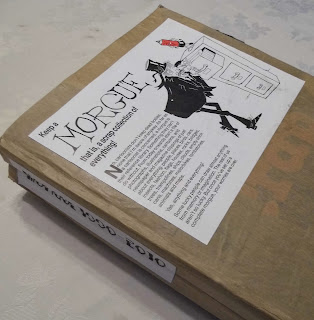 Back in 1990 I bought and read ‘The Cartoon Book’ written by Australian cartoonist James Kemsley. Although I was unfamiliar with Kemsley’s work I found the book to be very helpful as it offered hints on drawing caricatures and comic strips. Of all the advice it provided, two stuck with me throughout. No1 “Practice, Practice, Practice!” and No2 “Keep a Morgue” he elaborated on this rule, “As far as a cartoonist is concerned, a morgue is their reference library. Something they can’t do without. From today onwards start a file of photographs, illustrations, cartoons and newspaper and magazine clippings of just about everything.”  “Some lucky people can draw almost anything from memory or imagination. The rest of us aren’t so lucky. But once you’ve set up a complete morgue, your worries are over.” So that was just what I did, each week I collected photographs and clippings from old issues of Your Sinclair Magazine, Look-In, TV Times, Radio Times, Video World Monthly, Doctor Who Magazine, Fangoria, SFX and Games Master Magazine and stuck them in my Morgue for 20 years. 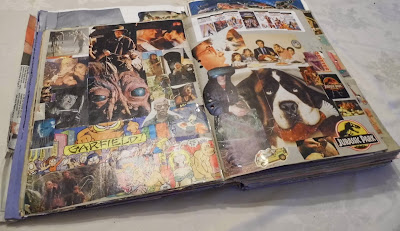 As the years passed by a new scrapbook would be started and attached to the last, I amassed thousands of pictures of the obscurest of things over the years, things that must have interested me at the time. Game and video covers, comic panels, celebrity obituaries, Batman movie casting news and a few girlie pictures for good measure. Even the ‘The Cartoon Book’ itself ended up scattered within its pages and then in 2010 I finally excepted that Google image was far superior for sourcing reference images and I closed the Morgue forever. But I refuse to get rid of it though, you never know when you might suddenly need a picture of the Gladiators or a Saga Mega CD system..