Harry Grindell Matthews (1880-1941)
Studied at the Merchant Venturer's School in Bristol and became an electronic engineer. Having served in the South African Constabulary in the Second Boer War he developed an interest in the possibilities of voice communication by wireless. After returning to Britain he invented the Aerophone device, a radiotelephone that transmitted messages between a ground station and an aeroplane from a distance of two miles. In 1914, the British government offered £25,000 for an effective weapon against zeppelins. Matthews created a remote control system that used selenium cells. In 1921 he designed and built a camera that recorded an optical sound track alongside the photographed image. The device was not pursued as film producers believed that ‘talkies’ had no commercial future... In 1923 he invented the infamous 'Death Ray' a means of transmitting energy without wires capable of shooting down aeroplanes, stopping ships and incapacitating infantry from the distance of four miles. The government unconvinced and sceptical, believing the demonstration to be a hoax rejected his invention. In 1934, facing bankruptcy after the commercial failure of his ‘Sky Projector’ he relocated to South Wales where he worked on rocket travel, a submarine detection system, and an Aerial Torpedo for defending cities from airborne attacks until his death from a heart attack.
© Arfon Jones 2010. All images are copyrighted throughout the world.
Posted by Arfon Jones at 12:20 am No comments: 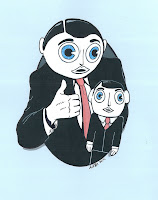 © Arfon Jones 2010. All images are copyrighted throughout the world.
Posted by Arfon Jones at 3:15 pm No comments:

I was saddened to hear of the passing of Chris Sievey a.k.a Frank Sidebottom who died today.I mentioned in a previous post how much of an influence Frank had been on me growing up the 1980’s. First seeing him on ITV’s No. 73 his puppet pal Little Frank and keyboard in tow being only 7 at the time I had no knowledge of ‘alternative comedy’ I was simply fascinated by his papier-mâché features. Frank would regularly pop up in following years either as a guest on various television shows or in Oink! Comic, the strips written and drawn by the man himself in his traditional medium of felt tip pen.

Forward to 2005, I happened to be watching Channel 4's 100 Greatest Pop Videos when suddenly there was Frank Sidebottom speaking on behalf of The Aphex Twin! All the memories came flooding back to me prompting an Internet search… I was delighted to discover that Frank was back and touring!
I attended several of Frank’s live gigs then on, ranging from lectures on pet keeping to family friendly pantomimes each one crammed with humour, music and a raffle! Always remaining in character a true professional, I fondly remember Frank setting up his equipment before a gig with a taped on moustache maintaining he was a stagehand and NOT Frank Sidebottom. 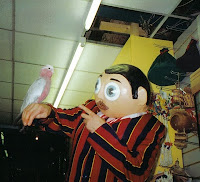 I also had the pleasure of attending the Timperley Magical Tour, a guided tour of his beloved hometown of Timperley, the tour gave a new perspective to all his songs. We saw such locations as the grounds of Altrincham FC and the famous Timperley station followed by a fish and chip supper and a ‘lock in’ at Timperley Aquatics where a snake managed to get into the lining of Frank’s jacket. We all looked on as a staff member tried to coax the snake out and Frank worried about what his mother would say about his ruined jacket! I would receive my Sidebottom fix between shows via his web site and his Frank Sidebottom's Proper Telly Show in B/W on Channel M not to mention his hilarious test cards where he would sing songs and ramble on with Little Frank.

I am so grateful for being able to add the last 5 years to my already endearing memory of Frank. I had the pleasure of meeting the great man several times, always charming and entertaining, once comparing one of my painting to one of the ‘great masters’. I have made many friends at his events who share equally fond memories of the legend that was Frank Sidebottom. Thanks Chris.
You will be missed, you know you will… you really will...Thank you.

© Arfon Jones 2010. All images are copyrighted throughout the world.
Posted by Arfon Jones at 9:24 pm No comments:

How to Survive A Zombie Apocalypse: RELOADED

You may recall back in February I was invited to capture the likeness of leading Zombologogist and star of hit cult show ‘How To Survive A Zombie Apocalypse’, Dr Dale Seslick. Following on from the success at the Leicester Comedy Festival & Brighton Fringe I’m pleased to announce that the Zombie Apocalypse crew are returning to the Edinburgh Fringe! Armed with countless rave reviews from the likes of SFX, Fortean Times, The Argus and Threeweeks they plan to repeat last year’s sell out success with their sequel ‘How to Survive A Zombie Apocalypse: RELOADED’

With the tie-in book being launched nationally on the 1st August, their weekly podcast series reaching 13the position in the iTunes comedy charts and their Facebook page accumulating over 15,000 fans I recommend that you check out what all the buzz is about – at the very least you’ll learn how to stay alive when the undead rise! 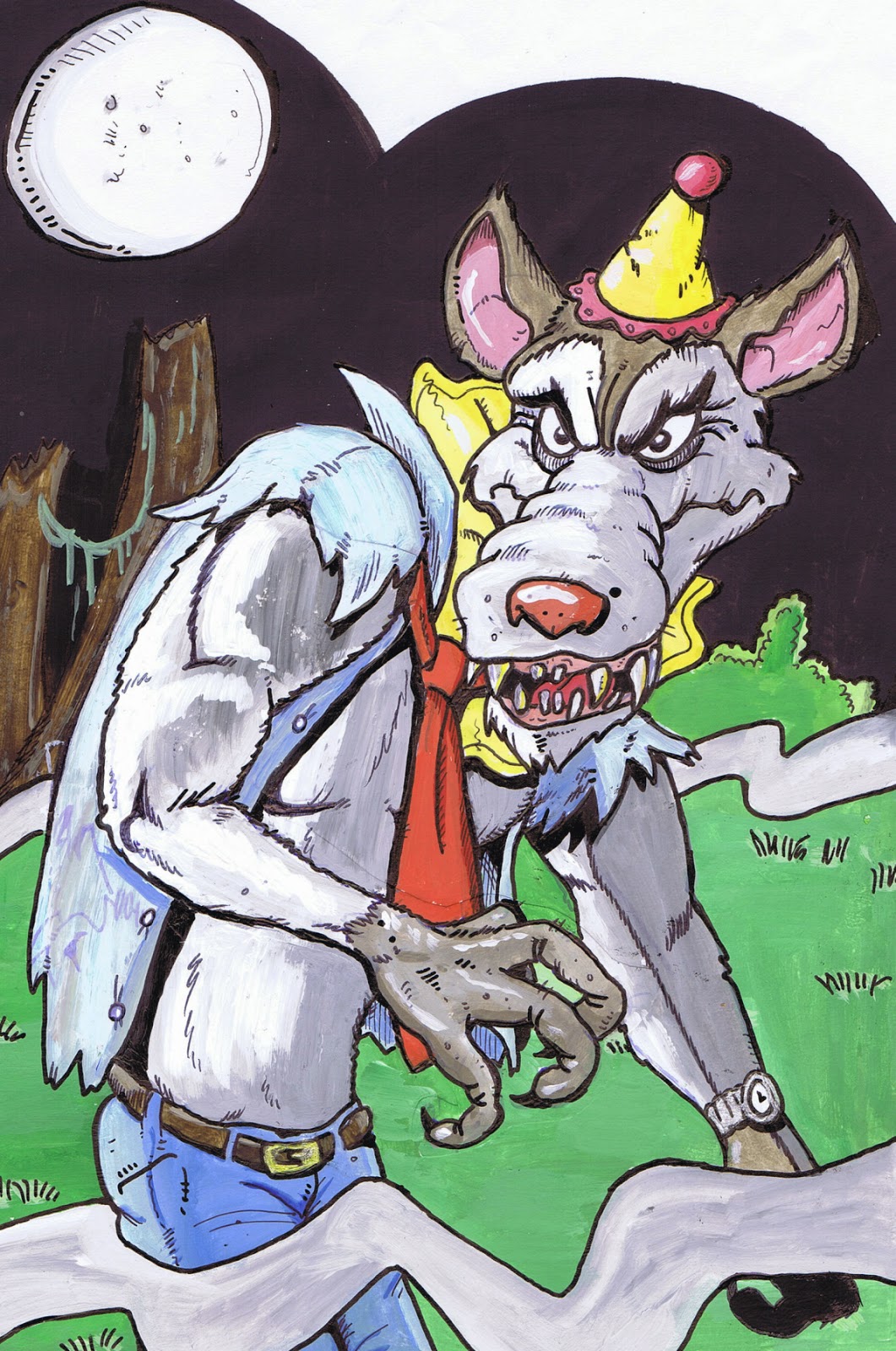 
© Arfon Jones 2010. All images are copyrighted throughout the world.
Posted by Arfon Jones at 10:30 pm No comments: