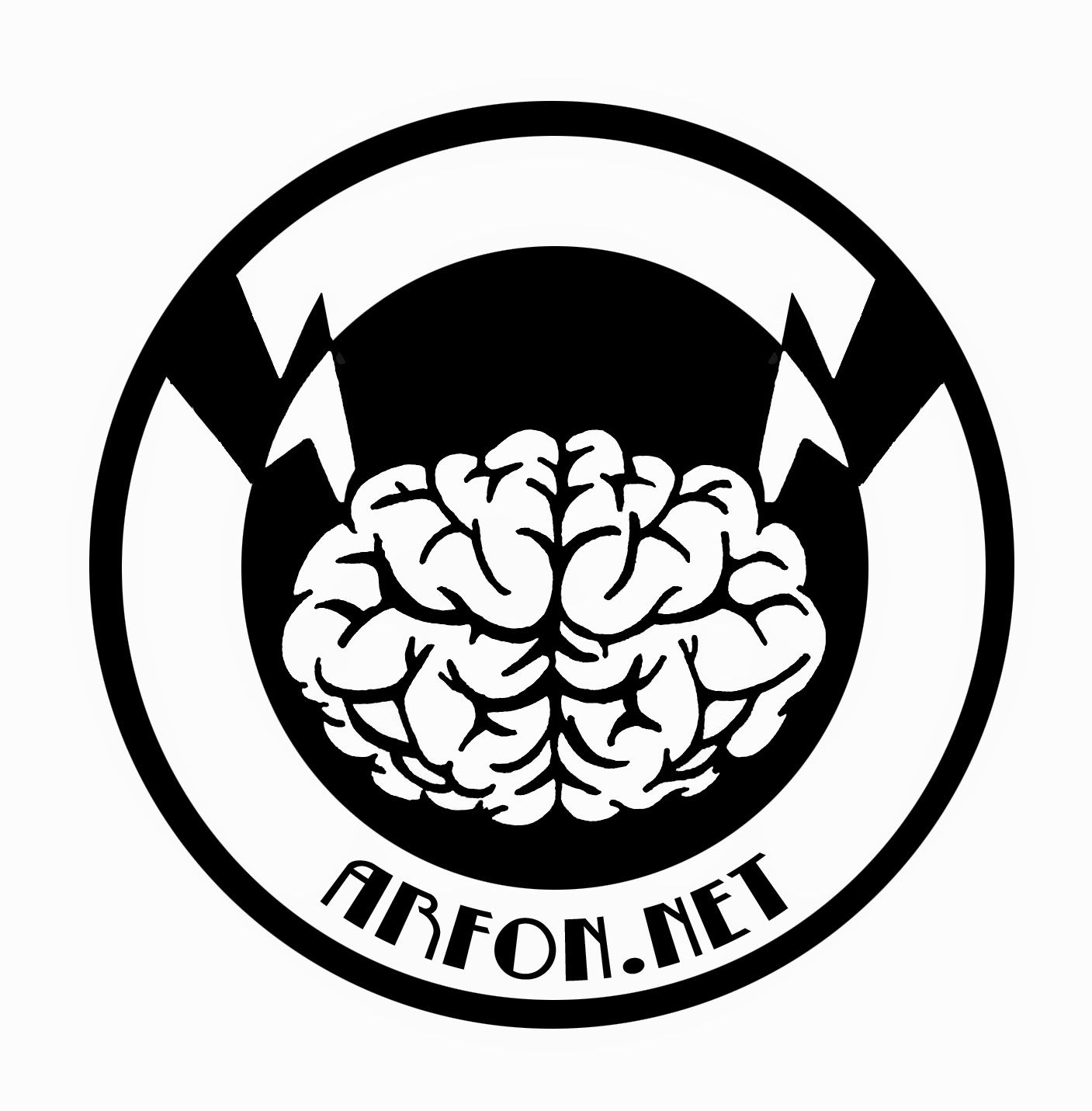 The end of another year is upon us. I try (when possible) to devote the final post of that year to recounting the previous twelve months, perhaps addressing something I wasn’t able to cover at the time. It’s certainly been a busy year for me, working on several projects, publications and exhibitions a trend I intend to carry over into next year, but until then please permit me to recount some things that I learned in 2014… Firstly at the start of the year, shortly after turning 36 I was shopping with my daughter when I spotted my wife driving past (quite oblivious of us). I tried to flag her down with no success, noticing that she had to stop for the traffic lights I chased after the car and just as I came alongside it my knee gave way causing me to stumble and fall to the pavement. I skidded a couple of feet along the ground before getting up again feeling embarrassed; I shrugged it off as nothing more than sore palms and a grazed knee. Over the following week however I found myself unable to shrug anything off anymore as my right shoulder was absolute agony, moving it was an ordeal, likewise with my left knee any pressure applied to it would bring tears to my eyes! Painkillers were taken, bringing a little relief before I eventually admitted that all wasn’t right and that I should consult my GP. So I (reluctantly) made the necessary appointment, followed several weeks later by a x-ray for a suspected torn rotator cuff and damage to the kneecap. A week later it was neither dismissed nor confirmed and my GP suggested Physiotherapy but after several unsuccessful attempts to make an appointment I threw (one arm) up in defeat and gave up as the pain had eased slightly. It still hurts from time to time (mostly due to ‘over’ stretching) as does my knee (with a continual numb feeling just under my knee). But through this experience I learned that making appointments with NHS is like a lottery and I am not getting any younger and my body no longer heals like it used to! That aside I learned some nice things in 2014…

Angela Lansbury is brilliant.
Dame Angela Lansbury, played Madame Arcati in Noel Coward’s ‘Blithe Spirit’ at the Gielgud Theatre and was superb but lets face it, this was no real surprise. Lets just try to forget for a moment that she was Elvis’ mother in ‘Blue Hawaii’ and that she fought off the Nazis using an army of enchanted armour in ‘Bedknobs and Broomsticks’ she is after all… Jessica Fletcher!
Id never been to the Gielgud before so the entire show was an experience, Angela Lansbury (in fact the entire cast) was superb, we had a brilliant time.

Stephen Fry is a really nice man.
Once again this was no real surprise as I actually knew this beforehand having written to him a couple of years back. But when I met him back in September it was confirmed.  I attended the opening night of Stephen Fry: Live at the Bridgewater Hall in Manchester. This was a short tour of the UK to promote the latest volume of his memoirs More Fool Me, and he was (as expected) in excellent raconteur form. A genuine delight to listen to clever, witty and incredibly humble both Mrs Jones and I had an amazing time.

Manchester has a thriving Tiki bar scene.
I adore Tiki, this vague, naïve romanticised western understanding towards religions and customs packaged into a single product appeals to me on many levels. Mrs Jones on the other hand an armchair anthropologist found this mishmash of religions and customs to be quite annoying, thankfully I was able to convert her in 2014 and we visited Lola Lo, in Whitworth Street West, Manchester for afternoon cocktails. Mrs Jones had the Flamingo and I had the Digga Digga Doo and very nice it was too, even got to add the mug to my Tiki mug collection. Who knew Tiki was such a hit in Manchester? I hope to explore more of them in 2015!

Deadpool hogs comic stalls.
Marvel’s Deadpool, seems to be popular on the cosplay scene I saw many dressed as him at the London film and comic convention. Many of which where leafing through comics at comic stalls, however much like people that insist on wearing their rucksacks in HMV, I wasn’t able to get the stalls on account of those two swords on Deadpool’s back!

I am a “super fan” of Doctor Who and was right about Peter Capaldi.
Seems I have a reputation for being a super fan of Doctor Who having been approached a few times by the media to provide an opinion on my favourite show. I was interviewed on two occasions by BBC Radio Cymru (Wales) the first was conducted the day before Peter Capaldi’s first story aired and then a follow up a few weeks later to find out what I thought… As predicted from the word go, he was brilliant as the Doctor and I am very impressed with his take on the character.

A very Happy New Year to all my friends out there old and new, my sincerest of thanks to all that supported my work over the past year. 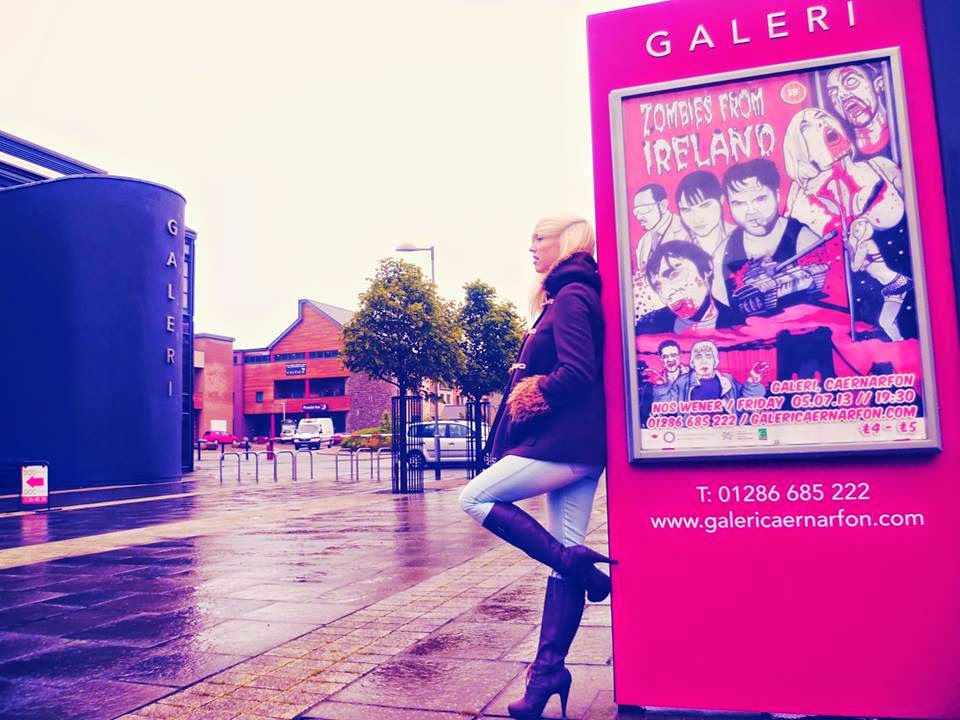 Just before Christmas I was tagged by the ever lovely, actress/model Sian Davies in this marvellous photo uploaded on her own facebook page. Taken at the screening of Ryan Kift’s ‘Zombies from Ireland’ at the Galeri in Caernarfon back in 2013. You will recall that I provided the artwork for the poster (which features Sian) I doubt anyone actually looked at the poster though…


© Arfon Jones 2014. All images are copyrighted throughout the world.
Posted by Arfon Jones at 4:57 pm No comments: