Had a great time at the Hellbound Media’s table at the Wales Comic Con in Wrexham last weekend met great people and saw some amazing guests and cosplayers. Yet, despite having my camera with me throughout the day I only managed to snag two photos! One of which is of issues #1,2 and 3 of Slaughterhouse Farm on sale on the table and the second of a fan cosplaying as Buffy the Vampire Slayer posing with one of my vampire fangs business cards! Hope these photos somehow convey what an amazing day we had… My sincere thanks to all involved in its organising and those of you that came up to say “hello”! 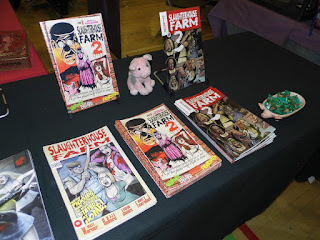 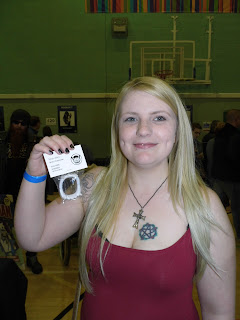 © Arfon Jones 2016. All images are copyrighted throughout the world.
Posted by Arfon Jones at 8:38 am 4 comments: 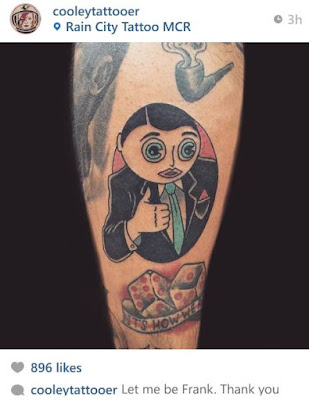