On Sunday the 17th I awoke at 2am an odd thing to do, as this would normally be the time I finished painting and went to bed…. So why was I getting up at this hour? Simple, Ryan Kift needed zombies!
Musician/ Director Ryan Kift, and Co-Writer/Star Sian Davies are producing a local based independent movie entitled Zombies from Ireland shot mostly on the Isle of Anglesey, the story tells of the government’s misguided attempts to test swine-flu vaccinations on convicted criminals with dire consequences! The call was issued on the film’s facebook page for zombies to lurch over the Menai Bridge for the film’s dramatic climax all that was required was that you show up at 3am in your own zombie regalia! I could not refuse such a tempting offer and so I started to think of ideas for ‘my’ zombie!. I like a zombie to have a back-story, a little clue as to what this person was doing on the unluckiest day of his/ her life and so I decided ‘Hazmat Zombie’. I imagined that an attempt would have been made to contain this problem and someone would have been sent to the bridge to report on the situation and prevent possible contamination amidst the confusion he meets one of the contaminated and voilà one Hazmat Zombie!
The getup was made from a DIY coverall drizzled in red paint combining a modified joke shop mask and a pair of green wellies (for a more agricultural department look) with the getup in the car I made my way to Menai Bridge to meet my fellow zombies.

Arrived at 3am it was wonderful to see so many had showed up despite the weather everybody was in high spirits and uniquely made up chatting about inspirations and methods complimenting one and other as photographers wandered around taking photos. The actors arrived to be made up by makeup artist Anwen Peters as zombies continued to arrive on foot, by car and bikes! Ryan Kift greeted everyone and informed them that fake blood was available should they require more gore. The weather improved as dawn started to break the sound of Gulls and Oystercatchers could be heard as we made our way to the bridge. Our instructions were to make our way over the bridge in one take, action was called and we did just that. It was amazing! Lurching along with 100 zombies their scraping feet and moaning echoing across it really set the mood. It all went well apart from one incident involving a rather eager, uninvited freelance photographer who almost ruined the whole take! Thankfully precautions had been taken for such measures. One more retake from midway and it was a wrap and everyone broke character and cheered! Wonderful, a great time was had by all. Like-minded creative people had the opportunity to meet up and fulfil a wish to walk across Menai Bridge as a zombie (so glad that I wasn’t the one that wanted to do that!)

UPDATE: The North Wales Chronicle ran a story on the zombie shoot

© Arfon Jones 2011. All images are copyrighted throughout the world.
Posted by Arfon Jones at 8:46 pm No comments:

The demand for shrunken dinosaurs has been high! Not long after making an appearance at this year’s Waltz of the Wye’s contraption exhibition the shrunken T-Rex is now appearing in the forthcoming Ladies of Steampunk calendar.
Produced by Sean McCaffrey and Sean W Makiney of Monkey House Media in Sacramento the Ladies of Steampunk calendar’s promises beautiful Steampunk women who are fans of the genre with a Suicide Girls atheistic. This is Monkey House Media first venture into boudoir style photography and as you can clearly see from December’s ‘Time Traveller’ standards are high. But it doesn’t end there they also plan to have a coffee table book as well as posters all products can be bought at their web site. Tell them Arfon sent you!

© Arfon Jones 2011. All images are copyrighted throughout the world.
Posted by Arfon Jones at 7:28 pm 1 comment: 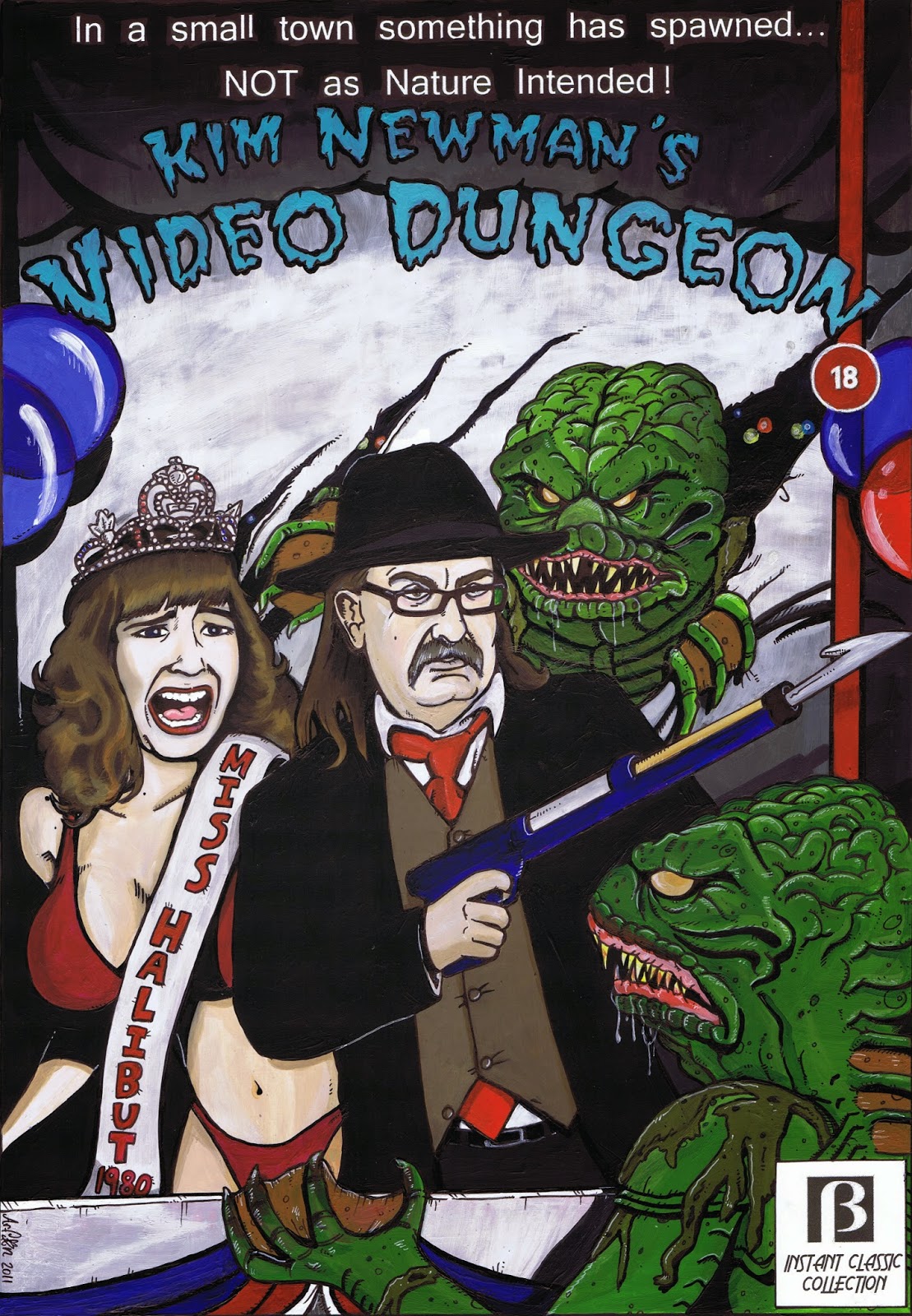 Readers of Empire Magazine will find my artwork in this months edition in Kim Newman’s regular column ‘Kim Newman’s Video Dungeon’. The brief was to design a B-movie poster/ Video cover featuring Kim. The magazine provided a set of photographs depicting him in different poses brandishing various weapons. I wanted this piece to be reminiscent of the posters and video rental covers I remember fondly from the 1980’s and early 1990’s. I placed this supposed movie in 1980 one genre of movie that was popular at this time that I am also rather fond of were the ones dealing with man interfering with nature then waging war with the by-product. Taking all these factors into consideration there was but one obvious contender ‘Humanoids from the Deep’ and so I created this spoof as a nod to one of my favourite movies containing some of my favourite elements.


© Arfon Jones 2011. All images are copyrighted throughout the world.
Posted by Arfon Jones at 4:37 pm No comments: 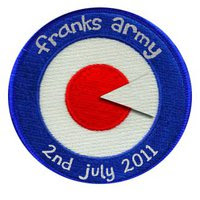 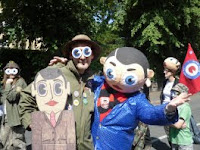 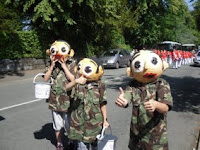 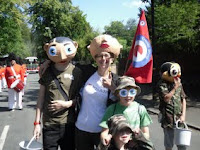 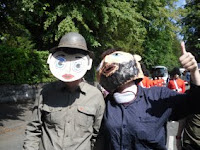 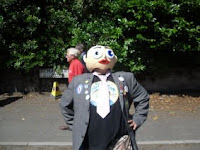 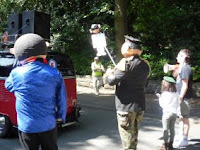 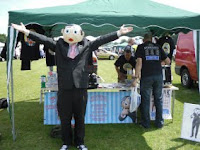 I’ been very lucky this year, I have had countless fun commissions come in! Each one a joy to work on but just occasionally a commission comes along that just makes you giddy with excitement, more so if you’re a geek like me. The last commission contained these words “Tardis” “Lynda Carter” and “Wonder Woman”!

Mr. Dale Who commissioned this piece (his 3rd this year so I must be doing something right!) and so I set about creating ‘Timeless Wonder’ a “what if?” tv listings cover, What if Doctor Who had crossed over to the Wonder Woman series. I have included some photos that show you my process in 4 steps in the vain hope that it will be of interest! To see the final piece and see what Dale’s response to the piece was please visit his web site. 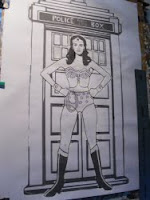 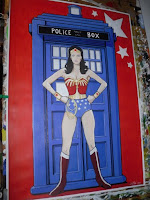 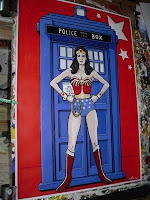 © Arfon Jones 2011. All images are copyrighted throughout the world.
Posted by Arfon Jones at 11:14 pm No comments: