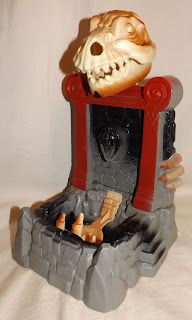 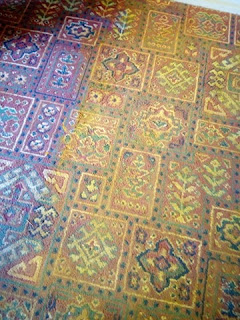 © Arfon Jones 2019. All images are copyrighted throughout the world.
Posted by Arfon Jones at 2:01 pm 4 comments:

Hello dear reader, we haven’t had a Monster Memories post for some time- have we? So how about we have one now? How about...Gurglin Gutz?
Gurglin Gutz was a toy that resembled human organs (four designs a brain, eye, heart and stomach) that was encased within a latex ball and immersed in a red fluid that created a ‘gross’ gurgling, bubbling sound when squeezed! Created by designer Jimmy DiResta and his brother Joey DiResta who took their concept (a prototype consisting of a condom filled with tomato juice and a hollow ball) to brothers Jeffery and Keneth Lewis of 4Kidz, Inc. in 1994 a time when the Lewis brothers (Sons of Norman J. Lewis founder of LJN toys) were keen to enter the then trending, gross toy market, and so in 1995 Gurglin Gutz was launched going on to successfully ship over 10 Million pieces in its first 5 years.  I fondly remember them showing up at various toy outlets, as they seemed to spark a craze of squeezable toys but with Gurglin Gutz leading the way adding a knuckle ball variant to the  mix and releasing a smaller version of the regular brain, eye, heart and stomach as key rings and pencil toppers along with branching out with licensed properties lines relating to such movies as Bugs Life, Toy Story 2 and a line relating to Scholastic’s Goosebumps to name but three.
I was in Art College at the time and just as much a fan of gross toys and thought these were fantastic! Much like Garbage Pail Kids cards and Madballs before them they not only resonated with my ‘mother wouldn’t approve’ mantra (Even Jeffery Lewis was quoted in the Connecticut Post, February 20th 1997, “This is definitely a kid’s purchase. This is not something mom’s going to come home with from the store”) I also loved the packaging and design and as a result I had the brain variant serving as a stress ball on my desk for many years.

Fast Forward 23 years to October 2018 and 4Kidz announced that they were bringing them back “with a brand new look and feel!” through a Kickstarter campaign promising that they would be “GUTZIER” than ever before. As the originals only lasted 15+ years (tops) 4Kidz had not been happy about this factor and so spent nearly a year sourcing the right materials for an enhanced feel and durability for the second generation Gurglin Gutz. “More blood” was promised with “Better clarity, more gore, improved elasticity FOR THAT GURGLE SQUISH and Increased durability FOR HOURS OF FUN” various tiers were offered such as, The Mortician Special offering a “Classic" 3 inch style of choice or the Early Bird Maggot Special with all four  of the classic organs up for grabs. Devotees could also pledge for the Cadaver Special offering not only the four classic gurglers but also four 1.5" clip on’s as well, IF the $10,000 target was reached. It was, 289 backers (myself one of them) showed their support and $10,886 was raised. I had opted for the Diresta limited signed edition (limited to 100 backers only) which also included a clip on eyeball and when the project was funded I ‘add-on’ the set of four organs to my order which arrived last week and they have now been added to my monster/ gross out toy collection- very happy with them and I thank all concerned for making them available again, thanks to them I once again, “have the Gutz”!

© Arfon Jones 2019. All images are copyrighted throughout the world.
Posted by Arfon Jones at 12:03 pm No comments: 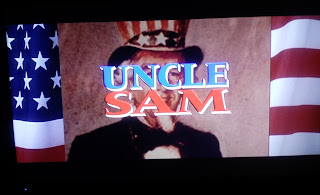 I must confess to have completely missed this movie when it was first released in the mid 90’s and so I was pleased to finally set that matter right.  Directed by William Lustig the man who gave us Maniac Cop and written by the great Larry Cohen (whom we sadly lost earlier this year) Uncle Sam regards one Sergeant Sam Harper (played by David Fralick) out in Kuwait, killed in the line of duty by “friendly fire”.   When his body is returned to his home town to the custody of his widow, sister and patriotic young nephew, Jody (Christopher Ogden), Sam comes back from the dead as the town prepares for its Independence Day celebrations!  After killing a peeping tom dressed as Uncle Sam he steals the costume (shortening the legs as the pervert was on stilts at the time) before embarking on a mission to punish the town’s unpatriotic residents, draft dodger and flag burners alike while Jody  whom harbors aspirations to join the army learns that his uncle Sam was not as good a man as he thought he was, but instead an alcoholic psychopath, who abused both his sister and wife that believe that his joining the army was more an excuse to go kill people than patriotic duty.  The movie also stars William Smith, Leslie Neale,  Bo Hopkins and  P. J. Soles (whom we haven’t seen the last of in this challenge) and not forgetting Isaac Hayes as Sergeant Jed Crowley the veteran who holds himself responsible for glorifying war to the young Sam Harper. The movie is a lot of fun and the image of Uncle Sam is genuinely creepy, why this one never got a sequel or remake yet, your guess is as good as mine, but if you haven’t seen it be sure to check it out. So, back here for Friday the 13th of September?

© Arfon Jones 2019. All images are copyrighted throughout the world.
Posted by Arfon Jones at 9:39 pm No comments: