Once upon a time (1987 to be precise) there was an eight year old boy called Arfon who was obsessed with monsters. It was a glorious time to be a fan of such things as there seemed to be no end to the ‘gross’ and creepy monster themed toys available to children across the land. There were Madballs, Boglins, Rude Ralph, The Real Ghostbusters toy line not to mention all manner of slime related toys and there ruling over them all was the king of all the monster toys, My Pet Monster! Twenty six inches in height this plush monster was produced by American Greetings Corporation’s AmToy having been designed by great toy designer James Groman the man who also designed the MadBalls range. My Pet Monster was just like the (previously mentioned) Were Bears in that it was a plush toy aimed at boys. First released in the US in 1986 it crossed the Atlantic and onto UK toy shelves the following year. Arfon saw the My Pet Monster television advert and was instantly drawn to its blue fur, horns, big hideous nose and massive fangs. The toy not only promised to be his pal but also came with breakable chains and all these factors made My Pet Monster an amazingly awesome toy to have and so he promptly added it to his Christmas list. Unlike previous Christmas gift requests such as the Evil Horde's Slime Pit, Gooper Ghosts Squisher and Sludge Bucket Figures or Boglins, My Pet Monster wasn’t instantly dismissed by his mother and so it was added to the list as a "wait and see" item.
December 25th, Christmas day. Santa has been and Arfon received a Rattlor action figure, Hungry Hippos game, Perfection, Junior Scrabble a telescope and a David Bellamy microscope but no Pet Monster… It seemed that Santa had forgotten to include one! Although he was still extremely happy with his gifts he was a little disappointed that he didn’t have a Pet Monster of his own.
Time marched on the toy brand itself continued to be a massive hit for AmToy prompting various forms of merchandise along with smaller size variants of the character (sixteen inches and twenty inches) along with a follow up monster called My Football Monster (complete with football helmet and jersey), Beastur My Pet Monster's enemy was added to the line up as too were five smaller monster hand puppets called, My Monster Pets and naturally being the 1980’s there was a cartoon series and a direct 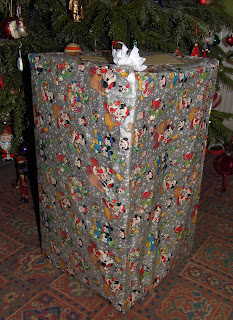 to video live action movie released not only assuring the success of the product but also assuring its place as one of the top toys of the 1980’s. So much so that the idea never really went away and in 2001 Toymax brought him back (looking slightly different) in talking form before Vivid Imaginations released another talking version in 2009. This year marked the monster’s 30th anniversary and so Creepy Co decided to mark the occasion by releasing a My Pet Monster vinyl figure, when Arfon saw this figure it had him thinking about the present that never was and how it had somehow being assigned to the Christmas gifts list that never was along with the Sectaurs Spider-Flyer and Hero Quest board game. Then on Christmas morning 2017 he found this parcel under the tree... 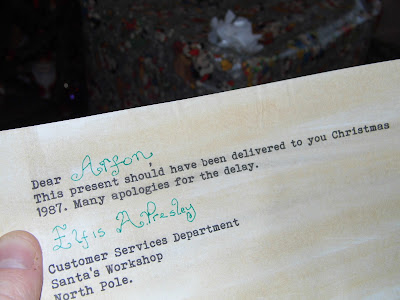 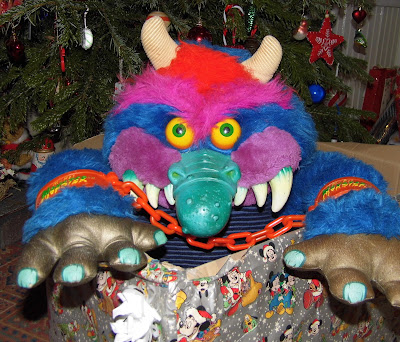 ...And they lived happily ever after... Merry Christmas everyone!