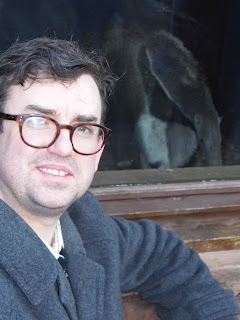 Some of you will recall how last year I reported on how I had been an adopter of Chester Zoo’s Giant Anteaters Pedro and Bliss but was yet to actually see them, well I am happy to report that after 3 years I finally ‘met’ Bliss this weekend! At the start of the year I was informed by the zoo that the Giant Anteater enclosure (now with only Bliss in residence) had been relocated and that Bliss was not only enjoying her new surroundings (which she now shared with the Capybaras located opposite the Lowland tapirs) but the enclosure now had a viewing window! They admitted that it was difficult to give an exact period of the day that she was active however they had noted that she had periods of activity around midday and later in the afternoon but this could be weather dependent. Unfortunately I was unable to get away from the studio during the warmer months and put this information to good use. 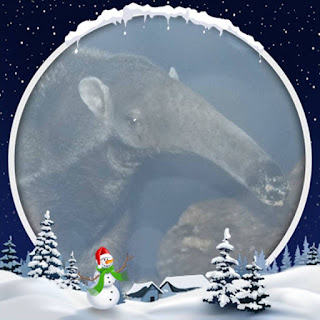 So Mrs Jones and I decided to go this weekend agreeing that just seeing her sleeping through the window would still be an improvement on the previous years so we wrapped up warm and braved the heavy rain and hailstones. We made our way to the enclosure and there she was! The most beautiful Anteater I had ever seen curled up in the corner covering her face with her massive tail, we timed it just right as we had arrived at lunch time! Having had some interaction with her keeper and her lunch she returned to the same spot to resume her nap, to the other visitors to the zoo that briefly peered through the glass these few minutes might not have seemed like anything special but to me it was Bliss!