So how was your Christmas? Good-good. Right, the end of the year approaches so its time to reflect on the past twelve months (It’s tradition!) The great Vincent Price once said, “A man who limits his interests limits his life” so I try to broaden my interests when I can and when I received a Drone on my Birthday in January I thought this was going to be my latest ‘thing’ but it wasn’t to be as my brand new JXD 509G 5.8G FPV Drone crashed and caught fire on its first actual take-off! Although I was able to upload the footage of the drone (christened “Murdock”) ‘s doomed flight to my YouTube channel it marked the beginning and end of my Drone flying hobby.

Arfon Jones ‘Drone Flyer’ was not to be so I became Arfon Jones ‘Turtle Owner’ instead when I became the new guardian of a Yellow Belly Slider Turtle! Already a Tortoise owner I had considered getting a terrapin someday but this idea was brought forward in 2017 when a request to re home an unwanted turtle came up on Facebook. One 12 gallon aquarium later and I am pleased to say that Gamera is settling in nicely and is an absolute joy.
On the subject of joy, I was also delighted that Mrs Jones who has been an aspiring writer since I first met her finally published her work this year. Strange Times in Little Happining tells of a series of mysterious murders and strange occurrences in the quiet rural town of Little Happining and I had the privilege of illustrating the cover for her. Launched at this year’s Steampunk Spring Market in Chepstow and now available on Amazon the book has been very well received with Starburst Magazine’s Andrew Pollard awarding it 9/10 and describing it, “one of the most utterly charming reads we’ve come across in many a year. Jones has penned a tale that covers classic Doctor Who ground whilst also channelling the classic whodunit stories seen on British television over the years.” She was even invited to speak at this year’s Morecambe & Vice: Crime Writing Festival in Morecambe suffice to say I am proud of her.
As for my own work, when I wasn’t on the radio I was almost certainly in the studio working on several projects (the before mentioned Strange Times in Little Happining cover aside) I worked on Attic Door Productions Anthony & Cleopatra poster and Freak Town’s Slashermania and several other projects that will be unveiled in 2018.
﻿ 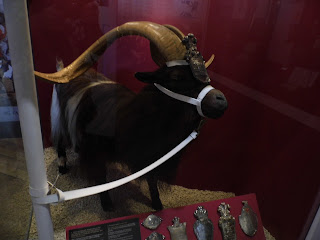 Regimental Goat, Royal Welch Fusiliers Museum, Caernarfon Castle- North Wales
On display at the Regimental Museum at Caernarfon Castle is the Goat present at Queen Victoria’s visit to Bangor to open the Britannia Bride across the Menai Straits on the 23rd of October 1852 along with a selection of Goat Head Pieces from various Royal Welch (old English spelling of Welsh) Fusiliers battalions. 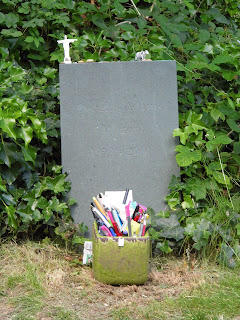 The Grave of Douglas Adams, Highgate Cemetery North London
As a devotee of British comedy and Sci-fi naturally I am a fan of the late Douglas Adams, what is there not to like about the Hitchhiker's Guide to the Galaxy? As for his work on Doctor Who, City of Death is one of my all time favourite stories. After his funeral was held in Santa Barbara on 16 May 2002 his ashes were placed in Highgate and since then fans from all over the world have embarked on pilgrimages to the grave stone to give thanks for his work and leave a pen in memoriam, a tribute to the great man.

AA Sentry Box, Boduan nr. Pwllheli, North Wales
Telephone kiosks, I love them! From the icon that is the classic red K6 telephone kiosk to the sublime blue police public call box that I need not explain its appeal! As an artist, designer, retro nut and Brit I love me a kiosk! Here is another of my favoureds the classic 'AA' sentry box. Once a familiar sight on British roads these kiosks (first erected in 1912) offered shelter to the Automobile Association's patrol men on hand to offer roadside assistance, directions and first aid to motorists that needed them. By 1920, members were issued keys to the telephone boxes which could be used to call for assistance there were almost 1,000 boxes in their heyday but by the time of World War II there were only 600 boxes in existence and as progress continued to roll on their numbers dwindled and at the time of writing this only 19 sentry boxes still survive in the country eight of which have been granted Grade-II listed status. Because mobile phones are common place all the kiosks were decommissioned in 2002 including this one, AA' sentry box 580 in Boduan nr Pwllheli in North Wales, timber in construction it dates from around 1927 and it has been a regular feature throughout my life, I can't even begin to imagine how many times I have passed this in my 38 years on this planet be it as a walker, cyclist, bus passenger or motorist. Its a thing of beauty. 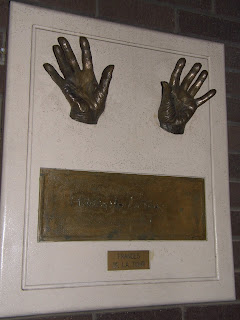 The Hands of Miss Jones, London Studios, Waterloo, London
If you ever find yourself outside the London Studios (situated on the South Bank next to The IBM Building and the Royal National Theatre) on the building’s outer wall you will find bronze cast of the hands of Frances de la Tour, known to modern audiences for being in the sitcom Vicious but to me she will always be Miss Jones from one of my all time favorite sitcoms, Rising Damp! Actually… she isn't the only one to feature on the walls, bronze casts of other famous people can also be located there including her co-stars Ian McKellen and Derek Jacobi along with several other TV talent such as Stephen Fry, Alan Davies, Philip Schofield, Lorraine Kelly, Melvyn Bragg, Paul O'Grady and Des Lynam along with not so talented Vernon Kay... 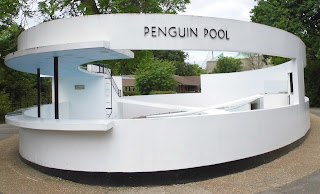 The Penguin Pool, London Zoo, London
The Penguin Pool is perhaps one the most famous and iconic buildings at the Zoo designed by the Tecton architectural firm led by Berthold Lubetkin (1901–1990) also responsible for the Zoo’s Round House.
Opened in 1934 the modernist building (now a Grade I listed building) no longer has penguins in it, they have since been relocated to new enclosure after it was discovered that its water capacity was not only too shallow for the penguins to swim in but it’s hard concrete floors gave them arthritis. 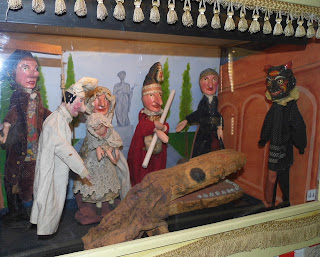 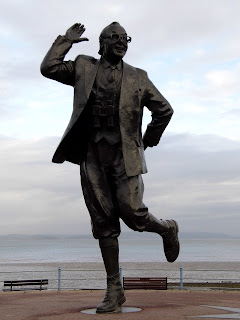 Eric Morecambe statue, Morecambe, Lancashire
When Eric Morecambe died in 1984 Britain lost one of its comedic greats and the people of his hometown and namesake commemorated its famous son with this statue designed by sculptor Graham Ibbeson. The statue stands over 6ft in hight and features Eric in his famous pose wearing a pair of binoculars (he was a keen birdwatcher) and it was unveiled by the Queen in 1999. Morecambe’s top tourist attraction it was awarded a certificate of excellence by TripAdvisor in 2014 due to outstanding feedback from the thousands of tourists that adopt the famous pose alongside it for a photo (myself included). Not only that but all of Eric and Earn ‘s catchphrases can be found on the ground along with a list of all the famous guests that they had on their shows. 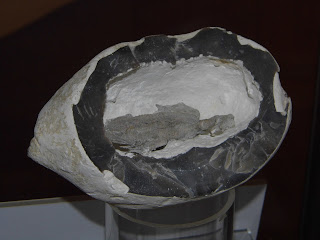 The Brighton "Toad in the Hole" Booth Museum, Brighton
The Booth Museum of Natural History is a fantastic museum to visit, I can’t stress how important it is that you visit this place and show them your support! They have a vast collection of wonders there along with a fantastic collection devoted to the Iguanodon, the remains of Dodos and a stuffed Thylacine. However they also have one of the most famous examples of entombed animals (animals reported to have been found alive after being encased in solid rock) there the now (in)famous mummified toad found within a hollow flint nodule, presented by Charles Dawson in 1901 in which he claimed it had been discovered by workmen in a Lewes quarry the previous year. Its authenticity has long since been debated and the fact that Charles Dawson was also the man behind the Piltdown man aside, since its initial discovery the toad has since shrunk casting further doubt as to its authenticity and it is now regarded a hoax but never the less its still worth vising it for yourself.

Well, there we go, I hope that was of interest to you!
Big plans for 2018 as I hope to not only have more adventures, see interesting things and meet more interesting people but also continue to work on many more exciting projects, publish my Monster Memories book and unveil the first phase of my newly refurbished- new-look studio! Stick around and Happy New Year!

© Arfon Jones 2017. All images are copyrighted throughout the world.
Posted by Arfon Jones at 6:42 pm