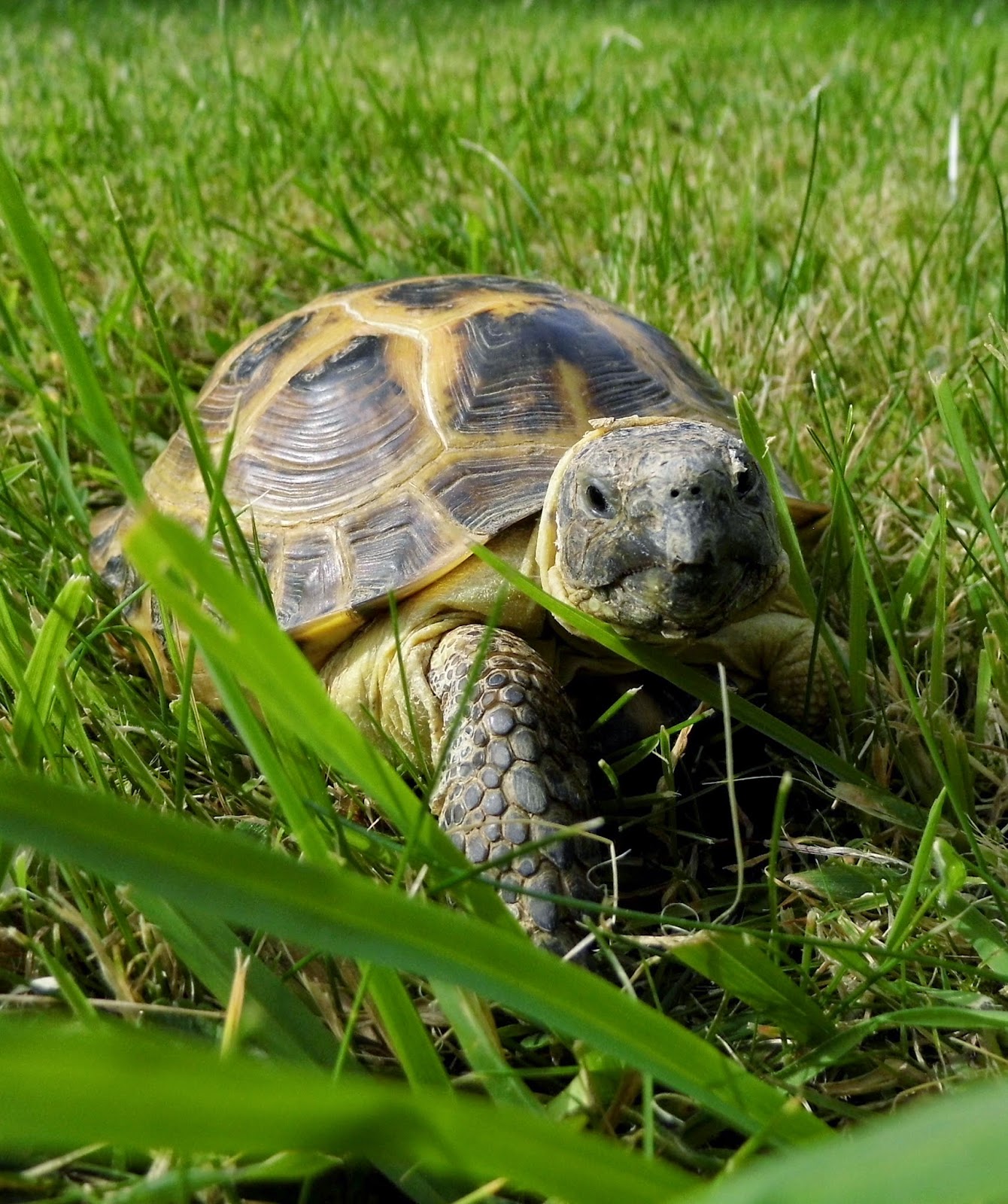 This post is long overdue, I have been so busy this past year that I haven’t had the opportunity officially introduce the ‘newest’ addition to our family. Ladies and gentlemen of the Internet I present to you, Darwin the Tortoise!
Having always wanted a pet tortoise the ambition was finally realised back in October 2013 when Mrs Jones treated me to an early Christmas present. Darwin (Other names considered were ‘Gamera’ and ‘Gustaf’ an obscurer reference for fellow Hammer Horror fans out there) is a Horsefields Tortoise (Agrionemys horsfieldii) and although Charles Darwin had nothing to do with this particular species of tortoise it is a name I have often associated with tortoises. The Horsefields Tortoise was actually named in honour of another naturalist, Dr Thomas Horsfield (1773-1859) founder of the Royal Entomological Society and the first assistant secretary of the Zoological Society of London in 1824. So our Darwin actually shares his name with TWO imminent naturalists! The Horsefields  (or Russian tortoise as they are more commonly known) originates from the Middle East, countries such as Uzbekistan, Afghanistan, Kazakhstan, Iran, and some areas of North Western China favouring dry and arid regions of open landscapes. Being herbivores they feed by grazing and have a particular fondness for dandelion Horsefields are found further north than any other species of tortoise, owing to their ability to combat climatic extremes. What many books fail to mention however is that this species actually went a little further north than that…outer space! On September 18 1968 the Soviets sent Zond 5 on a lunar orbit. Making Zond-5 the first spacecraft to circle the Moon and return to land on Earth. Having spent a week in space the unmanned craft splashed down in the Indian Ocean, once retrieved the Russians revealed that the craft had contained wine flies, meal worms, plants, seeds, bacteria, and two Horsefields tortoises! The story goes that they lost around 10 percent of their body weight, remained active, maintained a healthy appetite and were reportedly able to breed afterwards. The tortoises would return to space in 1975, they spent a total of 90 days, 11 hours, 46 minutes onboard the unmanned spacecraft Soyuz 20 setting a duration record for animals in space! Bearing that factor in mind along with how tortoises are living fossils, having walked the earth for 200 million years, you will understand my fascination with these reptiles! Their association with humans keeping them as pets does not stretch so far back. 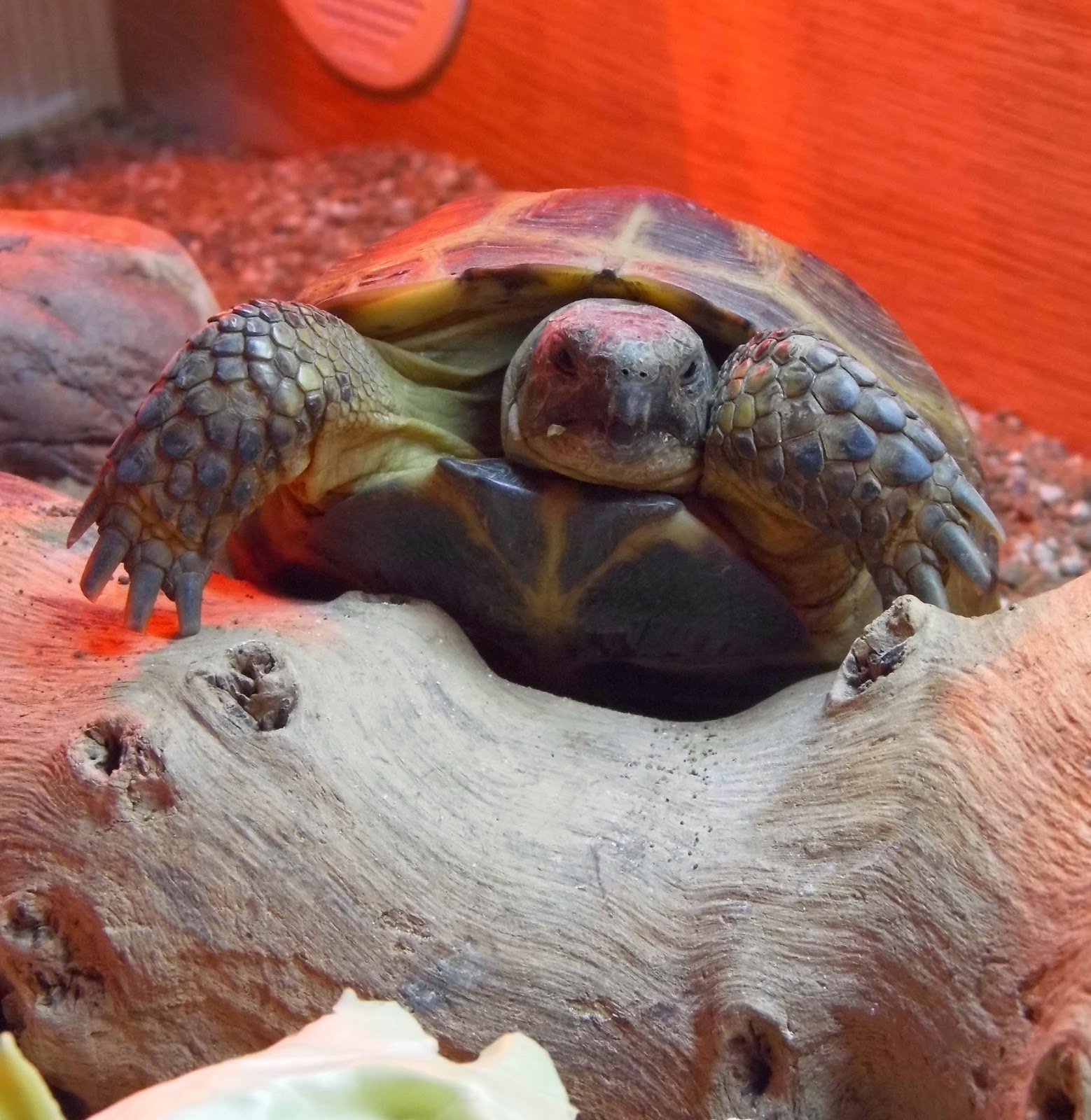 Although tortoises being kept as pets have been recorded as far back as the 17th century, its believed that they where more often used as food. The discovery of a 130-year-old tortoise leg bone at Stafford Castle in Staffordshire by Leicester University back in 2010 was cited as earliest archaeological evidence of a tortoise being kept as an actual pet in Britain. But its worth noting that the great "parson-naturalist" Gilbert White FRS (1720 –1793) was renowned for his devotion to his precious Timothy, the Greek Tortoise. White inherited Timothy from his Aunt Rebecca Snooke  who died in 1780 her husband, Henry Snooke purchased Timothy from a sailor in Chichester for half a crown, forty years before. Readers of White’s classic work The Natural History of Selborne (1789) will know that it documents the activities of the "old Sussex tortoise". White kept extensive accounts of his companion’s life and behaviour right up to his own death in 1793, Timothy outlived White by one year, having been kept in captivity for around sixty years, the shell was presented to the British museum of natural history, London in 1853. On the subject of naturalists with pet tortoises Charles Darwin’s name crops up once again as it was long been reported that he too had a pet tortoise, a single juvenile from James Island in the Galápagos in 1837. The fate of the tortoise had long been a mystery, with many believing that she had been transported to Australia. But when Harriet the tortoise (estimated to be 175 years of age) died in 2006 the Natural History Museum discovered that they in fact had Darwin’s “pet” all along having unknowingly had the tortoise in their collection all the time! Registration details previously undetected were located on the inner face of the lower shell informing researchers that the specimen had been registered to the British Museum collection in 1837 indicating that the tortoise had only lived for a few months. Thankfully not the case with another Timothy the Tortoise, former mascot on British naval ship HMS Queen. Not only was Timothy Britain's oldest resident but also the oldest Mediterranean Spur Thighed Tortoise in existence as it’s believed that he (later discovered to in fact be a ‘she’) was 160 years of age when he died in 2004! Discovered by Captain John Courtenay Everard of the Royal Navy, a relative of the 10th Earl of Devon. Timothy served as their mascot during the Crimean War and stayed aboard a succession of naval vessels before retiring to Powderham Castle in Devon, Southwest England in 1892. Cared for by the members of the Courtenay family, Timothy lived in the castle's Rose Garden wearing a tag that read, "My name is Timothy. I am very old - please do not pick me up" and was laid to rest in the grounds of the castle. 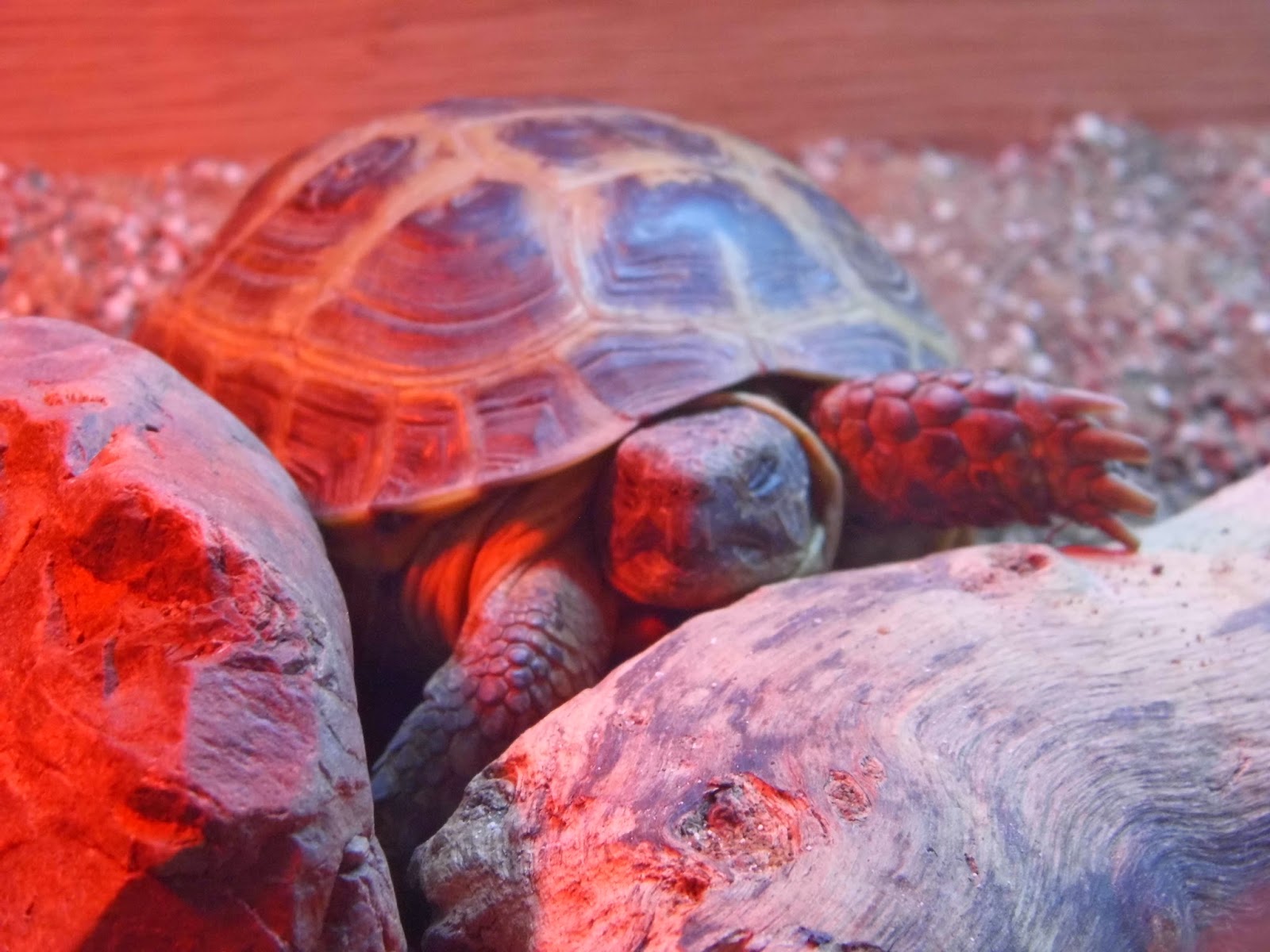 Someone recently asked if it was actually illegal to keep pet tortoises these days, its not. What is illegal is the trading of wild caught tortoises taken from their natural habitat. They are shipped in crates for several days without food and water causing an incredible amount of suffering.  Many are often infected with viruses or parasites so they not only die before reaching their destinations they also infect others. Darwin was purchased from reputable pet shop Timperley Aquatics, Altrincham who obtain their tortoises from Zoological International Ltd, the only U.K. distributor of 100% certified Ranched Horsfields. All tortoises sold by the company are captive bred by government approved breeders and all consignments comply with the regulations of livestock in transit. As previously mentioned Darwin has been with us almost a year and it certainly has been an fascinating one, he requires a lot of care and attention and what we loose in purring and stick fetching we gain in education (although he does wag his tail from time to time). Admittedly not the liveliest of pets, he certainly has a personality (stubbornness and inquisitiveness) and he is a delight to watch going about his day either eating his leafy greens or exploring the entire layout of the first floor of our home. Delighted with him, love him dearly. Thanks for reading!