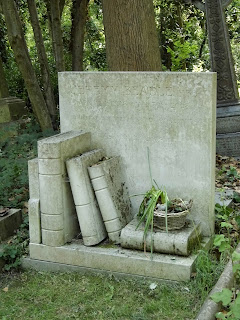 On the 14th of June I found myself wandering around Highgate Cemetery East in London looking for the grave of the most famous prankster in Britain, Jeremy Beadle MBE.
This was somewhat of a pilgrimage for me, as I explained previously in my first Mischievous Memories I have always been fascinated by practical jokes and for two decades, Jeremy Beadle was known as television's arch prankster and so as a result I looked at him as the quintessential practical joker. Although a little two young to remember Game for a Laugh! I fondly remember Beadle's About, I was an avid viewer and it was an essential part of Saturday nights for me. Each week he played tricks on unsuspecting members of the public in the same vain as Candid Camera (although he disliked the comparison) and then praising them for being a great sport, the show was a massive success. It was the longest continually running hidden-camera show of its kind and ran for eleven series, selling all over the world and at its peak pulled in viewing figures of seventeen million. He stated in his 1998 autobiography, Watch Out! “Very few people have made a full-time career out of something as silly as practical joking and to be recognised as the country's Number One in that field was something I took as a great accolade. 'Game For A Laugh' had been my apprenticeship and had established me in the role. 'Beadle's About' marked my coronation! I was now the King of Practical Jokes, The Prince of Pranksters.” The programme received around 30,000 letters a year from members of the public nominating family and friends to be the next show's 'punter' (he never called them 'victims' “we were going to make these people stars, so we called them 'punters'”). 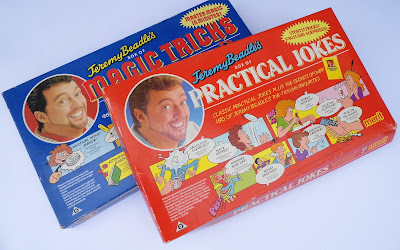 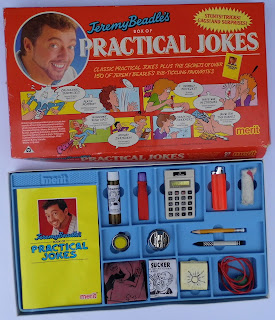 Although those practical jokes were amazingly elaborate Beadle delighted in the simple pranks as well and with his place as the nation's number one practical joker assured, he released the Jeremy Beadle's box of Practical Jokes through Merit Toys and MCP games in 1989 which offered any budding prankster “Classic practical Jokes plus the secrets of over 150 of Jeremy Beadle's rib-tickling favourites” Beadle once promoted this potential box of delights on Children's ITV and I recall asking for it for Christmas! Amongst the hand buzzer, squirting calculator, plate lifter, whoopee cushion, wobbly pencil, bottle of disappearing ink and fake injured finger was the Jeremy Beadle's Book of Practical Jokes which not only informs us how to use our arsenal but also offers a few other gags to try out after running through some 'rules' when practical joking such as, “A practical joke is only funny if the person you play the joke on actually laughs” and “A good practical joker will only play tricks on those people they know will enjoy the gag once it has been revealed”. He makes it quite clear that when pulling a “messy joke” we must be on hand with a cloth or brush to clean up the mess and that we must always praise the “star” for being a good sport before telling us to have fun! (I will also add that Beadle was also keen on magic and also released the Jeremy Beadle Box of Magic Tricks that same year offering 28 magic tricks and the secrets of 95 of his “magical favourites”!). 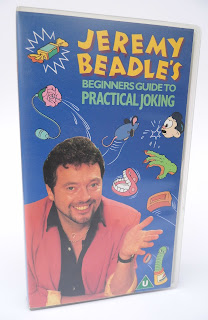 Beadle took his trade to another level in 1991 and joined forces with the subject of the last Mischievous Memories Joke Shop by Post, I recall the above advert in their catalogue, “Watch TV's Jeremy Beadle try Our Jokes” this video was called Jeremy Beadles guide to Practical Joking and was almost like a self help video (which I have uploaded to my YouTube channel) calling itself “the ultimate guide for the beginner prankster who plans on becoming an expert practical joker” it offered tips for kids to try out on unsuspecting 'punters'. ”Beadle will teach you how to shock your family, surprise your friends and make everyone scream for more with over 200 easy to learn practical jokes using mostly everyday household items.” Co written, produced and directed by TV producer Clive Doig (whom Beadle had worked with numerous times over the years once creating a program in 1980 for Children's BBC called April Fool) 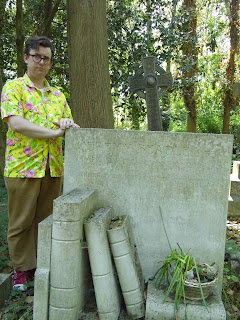 Sadly, he did receive some flack over the years, the most famous prankster in Britain was also nominated as the second most hated man in Britain in a poll by Punch Magazine (behind Saddam Hussein, but as Beadle pointed out it was a list of only 5 people) but this never really bothered him, nor me for that matter having always been one of a small demographic that likes such entertainers/ presenters as Beadle, Paul Daniels, Roland Rat and Noel Edmunds. In his book he reflected on his time as a joker on television, “After eleven years of Beadle's About and Five years of Game For A Laugh, for sixteen years, I have been synonymous with practical joking. For sixteen years I was considered the best. Even if I was to live to be a hundred, I still think that, in my obituary, I will recognised as one of the greatest practical jokers TV has known. I am quite proud of that. I will continue to work with practical jokes. It may be that I won't actually be on camera but I'll never lose the ability to deliver them. Lets just say my crown is tucked away in a little box, waiting to be taken out and dusted off at some future date.” Sadly he didn't live to be a hundred, he died on the 30th of January 2008, aged only 59 of pneumonia he was right about the obituaries though, they refer to him as “TV Trickster” "King of Pranks" and “Presenter and Prankster” before listing his other talents and accomplishments. I found the grave a rather beautifully carved headstone reflecting his love of books, although a little weathered it reads, “Jeremy Beadle MBE Writer, Presenter curator of curiosities “Ask my Friends” “ a rather poignant memorial to a great man


A little more Beadle for your Buck!

This is a little curio from my collection...  Beadle was also synonymous with “camcorder calamities” having presented You've Been Framed! The show featuring humorous clips from viewers' home videos from 1990 to 1997. Viewers would win £250 if their video was used in the show, this is a

VHS that we submitted back in circa. 1991 we didn't win anything but the sticker stating that it had been submitted remains on it to this day. Off the back of You've Been Framed! Beadle presented another 'how-to' video, Have Fun With Your Camcorder produced for Comet stores in association with Panasonic, JVC, Canon, Hitachi, Ferguson, Sanyo and Sharp at the height of the camcorder craze of the 1990's. The video promised help from “Top Television and Film experts, Jeremy shows you the 'tricks of the trade' so you can have fun with your camcorder” this video has also been uploaded to my YouTube channel.

© Arfon Jones 2017. All images are copyrighted throughout the world.
Posted by Arfon Jones at 4:24 pm