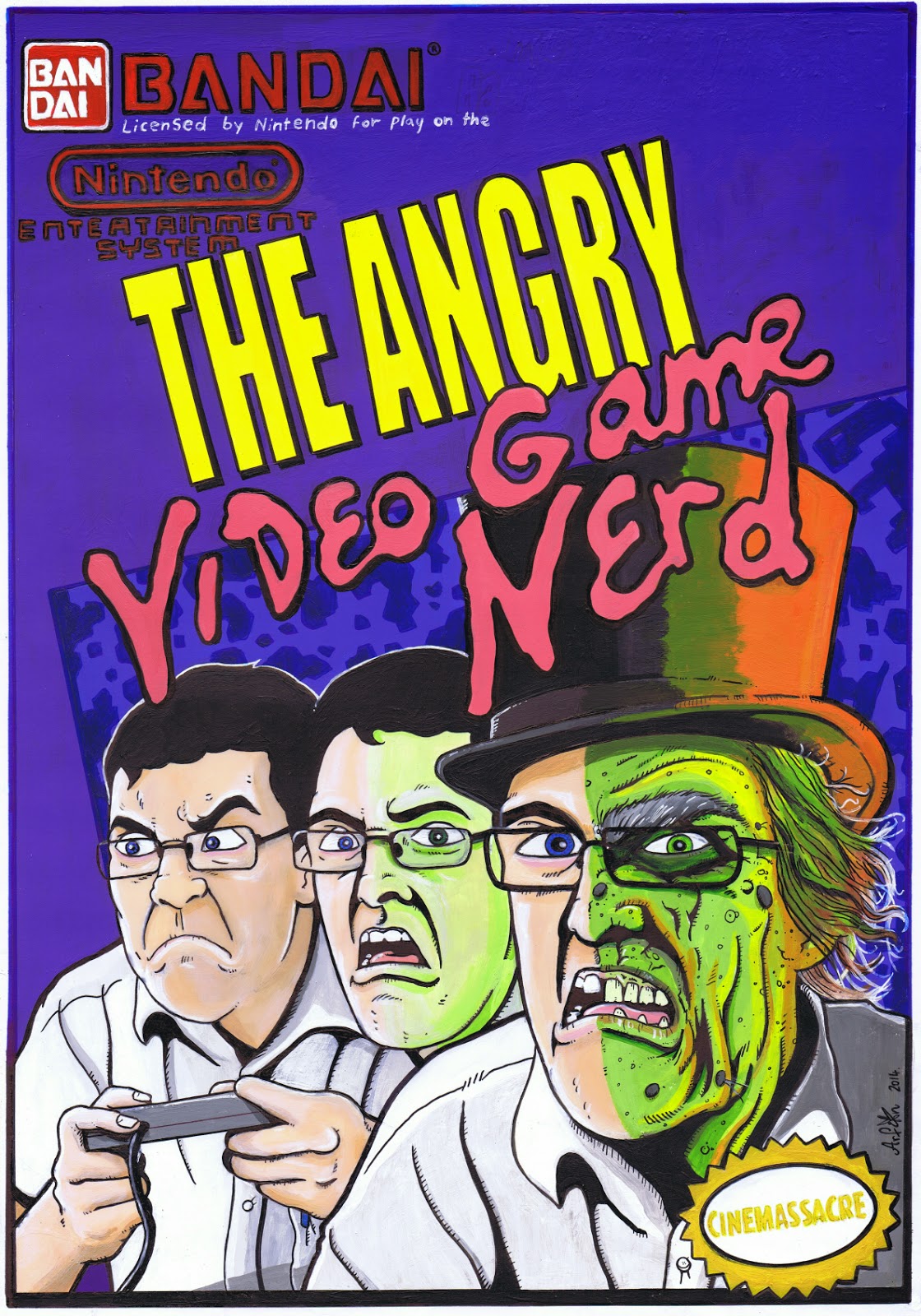 Over the years I have enjoyed the work of a handful of Internet reviewers and often have their channels playing in the background as I work and one of my favourites has to be the Angry Video Game Nerd. For the benefit of those not in the know The Angry Video Game Nerd or also known as the AVGN is a character created/played by James Rolfe who reviews the worst games that the gaming industries from back in the day had to offer. He reflects on their low quality and poor designs and looks back at the game consoles themselves and the movies that inspired some of the games, his videos provide a nostalgic look back at several aspects of gaming history. His infamous ‘sweary’ rants about how ridiculously difficult a stage or the overall game is reminds me of my own frustrations with game glitches, random objects that get in ‘your’ way and the platforms that we fall through. Then when your almost at point of tears you declare that you HATE the game but before the words even have a chance to echo you press ‘continue’ to start over again refusing to let the game win!
I had always intended to create a ‘follow up’ to my Stuart Ashen’s Poundland Peril painting and seeing as that was a cover for a fictional Spectrum game I thought the next logical console would be the NES and thought who better to feature on the cover but the Angry Video Game Nerd?! 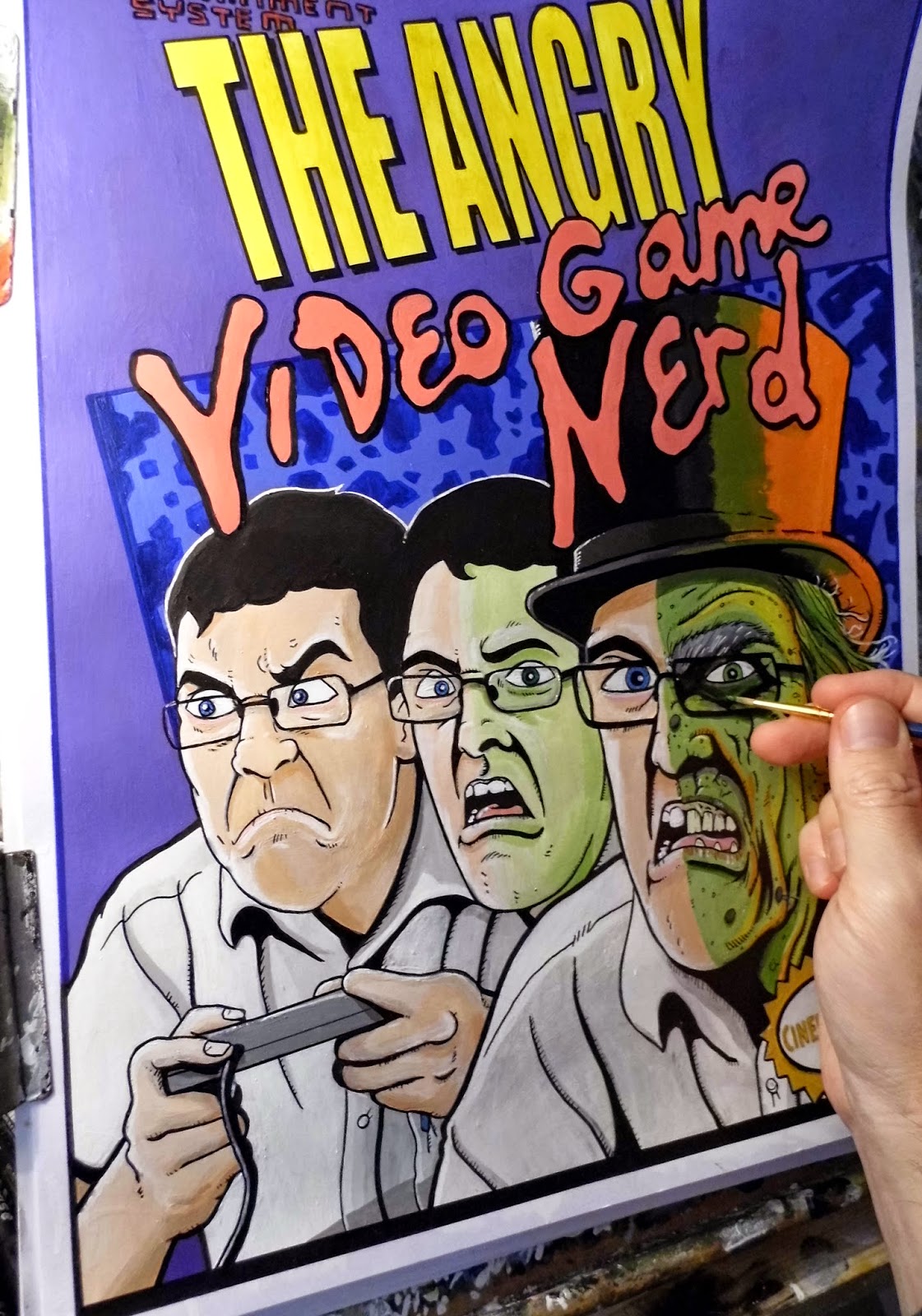 Anyone that watches James Rolfe’s other Cinemassacre projects will know that he is quite different to his alter ego and so with this in mind I decided to base the image on one of the first games he reviewed ‘Dr Jekyll and Mr Hyde’ on the NES. Having drawn a concept sketch I thought I would upload it to my DeviantArt page to see what AVGN fans thought, and a they seemed to like it leaving positive comments but at that point my workload increased and I had to temporarily shelve the project. Then in May of last year, having successfully completed the bulk of my commissions and attended Wales Comic Con I decided to take a break and catch up on the latest episodes of the AVGN and to my absolute surprise I discovered my artwork featured on the opening credits! (00:16) I had absolutely no idea it had been used in an AVGN episode (never mind one devoted to the Toxic Crusader and Troma starring Lloyd Kaufman!) spurred on by this I vowed to have the painting finished in time for the Nerd’s 10th anniversary year and here it is! Happy 10th anniversary Angry Video Game Nerd thanks to James Rolfe and all involved with the show for all the entertainment!