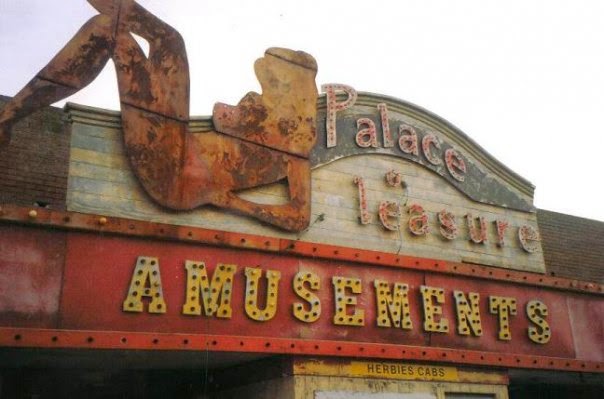 The Palace of Pleasure (or ‘Palace o leasure’ as it was later renamed) was an amusement arcade in the seaside town of Rhyl, North Wales. I first noticed this building and its wondrous state of disrepair back in 2003. Both my friend Dave and I delighted in its creepy run-down look and felt that it had an air of Joker’s hideout about it (the Joker would often occupy an abandoned amusement buildings or ‘fun’ related factories or warehouses). I was passing through again in 2006 and to my delight it was still there, and as I happened to have my camera with me this time round I pulled over to take some photographs. There seemed to have been an attempt to bring a touch of Las Vegas glamour to Rhyl but to no avail, and not even 'Herbie Cabs' could save this sorry looking building from its inevitable fate. 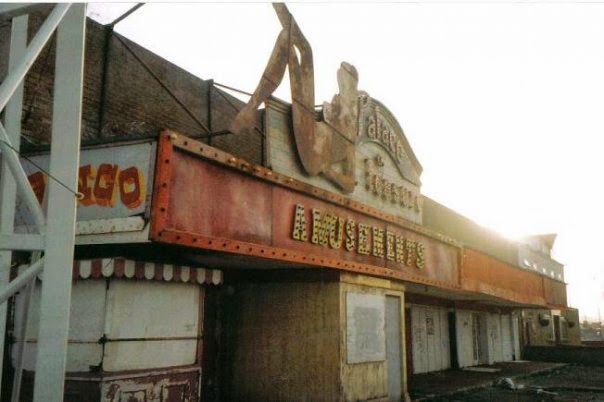 As the years rolled by bits continued to fall off as the rust and cold winds from the Irish Sea ravished its structure. I made two more stops before the palace was eventually levelled in 2010 to make way for Rhyl’s newest development plans. I wish I could accompany these photos with one taken during its heyday, to provide a comparison to how it looked before it was left to rot. If anyone out there has a photograph of Palace of Pleasure and its rusty lady during the glory days please get in touch as I would love to be reminded of how it once looked.

© Arfon Jones 2011. All images are copyrighted throughout the world.
Posted by Arfon Jones at 8:17 pm