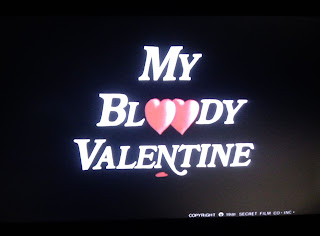 © Arfon Jones 2019. All images are copyrighted throughout the world.
Posted by Arfon Jones at 10:07 pm No comments:

A Celebration of Women In Horror Exhibition 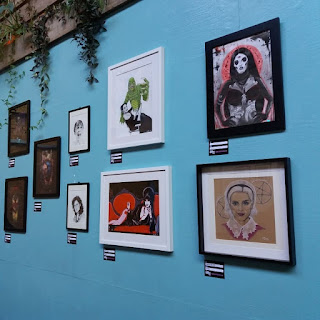 Since 2017 the Liverpool Horror Club has been running regular events celebrating the horror genre. This month is Women in Horror Month and the Liverpool Horror Club is celebrating it at Constellations on Sat 9th Feb hosting a panel entitled HORROR IS NO PLACE FOR A LADY, an in-depth discussion delving into the many facets of women in the genre “A celebration, exhibition and discussion of the past, present and future of women in the horror genre” followed by a screening of American Psycho.  They are also hosting an art exhibition showcasing artworks of 20+ artists from all over. Each piece celebrates women in horror and two paintings were produced by yours truly! 'Mistress of the Dark' and 'Millicent Patrick: The Beauty Who Created the Beast' as seen in this phonograph, kindly provided by the event. Artworks have been on display at Constellations since the 2nd February and will continue through to the 17th! The event promises to be a great opportunity to socialize & network with other enthusiasts, so pop along and show your support, follow this link to purchase tickets or alternatively, email admin@liverpoolhorrorclub.co.uk tell them Arfon sent you!

© Arfon Jones 2019. All images are copyrighted throughout the world.
Posted by Arfon Jones at 6:10 pm No comments: