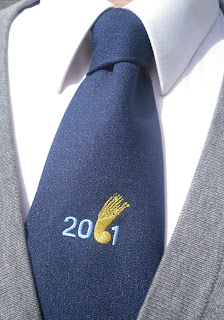 © Arfon Jones 2013. All images are copyrighted throughout the world.
Posted by Arfon Jones at 5:00 pm 2 comments:

Lament for a Video Shop 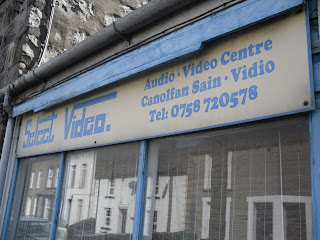 Well, It must be at least five minutes since my last nostalgic ramble! But to be fair this post is just as much about my influences as an artist… I find that many of my more recent works seem to hark back to this particular subject matter, something that is steadily becoming a forgotten part of my life ‘'Ye Olde Video Shoppe'. I found myself reminiscing about this more than usual after a chance visit to a Blockbuster, a rare thing indeed.  Thanks to dull dvd covers, new titles that I have little to no interest in and an absence of promotional posters and cut-outs to aid my selection I walked out without a film to watch, muttering about the ‘glory’ days of VHS rentals. But it would seem that even these kinds of outlets are becoming a thing of the past with more and more people streaming CGI movies with Photoshoped covers via the Internet.  The simple ritual of picking out a Friday night movie at the video shop is slipping away from us, gone are the days of either leaving it to chance by browsing your genre of choice or remembering the title previewed at the beginning of last week’s tape. I always judged a video by its cover, I would browse through rows of (mostly) illustrated covers or glance up at the dusty posters that line up the walls. Each one trying its best to attract my attention with the coolest looking monster or sexiest leading lady. Something I have tried to encapsulate in the poster for 'Zombies from Ireland' and my illustration for Empire Magazine’s ‘Kim Newman’s Video Dungeon’ page.
My rural roots may have played a part in my love for these places. We only had one actual video shop in the village and it closed down in 1994. As a matter of interest at the time of writing this the empty shop is still there its sign still placed above the door and much like our village watchtower seems to be a relic of a bygone age. 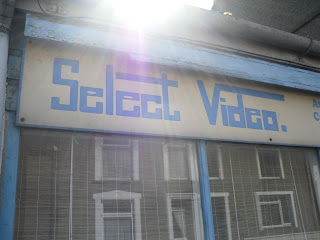 A great shame as it took a few years to materialise as most business had (it would seem rightfully so) played it safe by just devoting a corner of their establishment to video releases. If I were to go even further back we rural folk had to rely on a Video Van for our rentals! Namely a decommissioned Ambulance or a removals van that pulled up outside your door fitted with wooden shelves brimming over with video releases secured by a length of net curtain spring! Happy days! So imagine my joy when I first walked into a shop solely devoted to the hiring of films! I was blown away by posters for the ‘House’ franchise and a large embossed cut-out for the 1988 ‘Blob’ remake and even though I wasn’t allowed to watch such films they made me WANT TO! Something that seems to be lost nowadays. As these shops slowly decreased in numbers I would still pop-in and try and find the most obscure titles they had, favouring large dusty and bashed VHS cases covered in stickers supporting covers faded from years of direct sunlight that despite all these imperfections still managed to reel me in! Someone recently told me that my Ghostwatch poster made them want to watch it again I found this to be most gratifying. As we draw ever closer to the release of Hellbound Media’s SlaughterHouse Farm #1 my fondness for the classic days of video hire will become even more evident. I realised that I wasn’t the only one that felt this way about video rentals when they approached me to illustrate it (not to mention provide a tagline!) So I am confident that a great many of you will ‘get’ the references when you see the cover for the first time and have you also harking back to the glory days of the video shop.

Update 2015: Lament for a Video Shop:Supplemental

© Arfon Jones 2013. All images are copyrighted throughout the world.
Posted by Arfon Jones at 4:31 pm 1 comment: