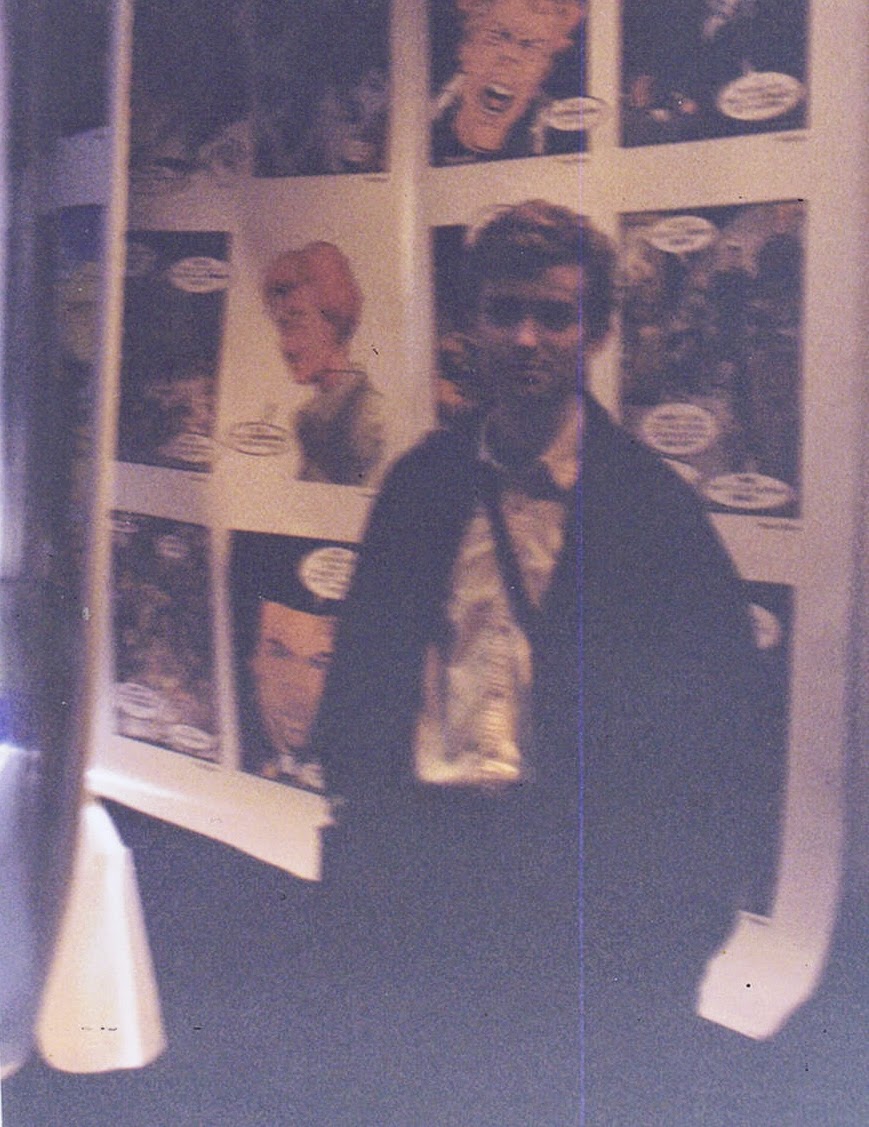 'Comics 99' was devised and produced by Kev F Sutherland and held at the Watershed Media Centre and Swallow Royal, Bristol the first of five annual events devoted to comics that ran until 2004. I hadn’t been to convention for over 3 years and was eager to go to one again, and so embarked on the long train trip to Bristol with my good friends Dave and Dan in April of 1999. Had a great time too but sadly my attempt to document it went awry, the photographs didn’t turn out so well with only this one being clear ‘ish’.
Never mind we will always have the memories. Here are six of those memories from Comics 99…


1) The World's Biggest Comic. Produced especially for Comics 99 the world's biggest comic featured the work of 100 leading comic artists of the time. It featured on Blue Peter the week leading up to the convention and at the end of the convention the artwork used for each panel was auctioned off individually with all proceeds going to charity.

2) One Cosplayer! We didn’t even call it that back then! I saw one woman dressed as Catwoman and that was it! 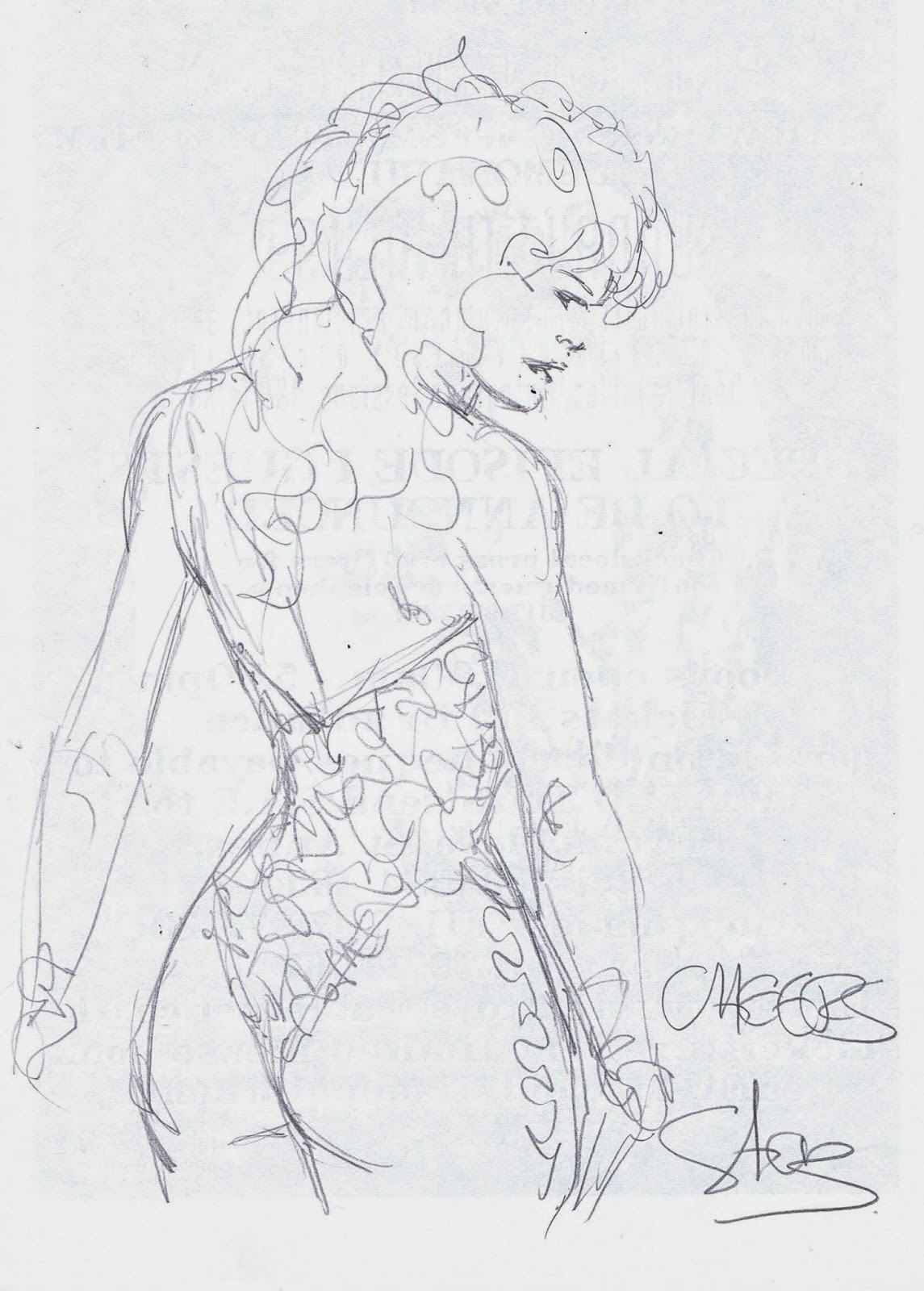 3) Staz Johnson seemed annoyed with me. *
At least I thought so at the time, I hope I was wrong. Mr Johnson was signing and sketching for fans and very kindly drew a lovely sketch of Poison Ivy for me. As he worked on the sketch I asked if I could take a photo (I was documenting the trip for art college) he looked up and asked me why? “To prove that you did it” I said, “To who? Why do you want to prove that I drew this?” he asked. A little intimidated I clamed up, he agreed and I reluctantly took the photo as he finished the sketch. My friend suggested afterwards that he might have thought I intended to sell the sketch and was using the photo as providence. I wasn’t, and still have the sketch to this day (right).

4) The comic-movie screening. To save money on accommodation (all of us students at the time) we bought tickets for an all night screening of comic movie adaptations that where running through to the next morning. I recall it starting with Spawn and eventually falling asleep during Prince Valiant. The organisers of this event were not happy that we were doing this and so kicked us out at around 5am we spent the rest of the morning on benches reading comics waiting for McDonalds to open so we could have breakfast.

6) Alan Grant was a very nice man.
Alan Grant was giving a talk, being a fan of Batman comics I was a great admirer of his work but sadly couldn’t afford the seminar (students…). However, one of the organisers allowed us to go in and meet him in exchange for manning the door.  He very kindly signed a comic for me and gave us signed copies of The Bogie Man.

* UPDATE 2015: Staz Johnson speaks! “Interesting, sorry if I was a bit offhand to you back then. Your mate might have hit the nail on the head though. It was around that time that I discovered a lot of the free sketches I'd been doing for 'fans' had turned up on Ebay & as a result, I have been charging for sketches at cons since the Bristol show in 2000. Either that or I was just not happy about having my photo taken... something I have never liked. :-)” I’ll have to seek him out at my next convention as he’s promised me a better reception second time around!

© Arfon Jones 2010. All images are copyrighted throughout the world.