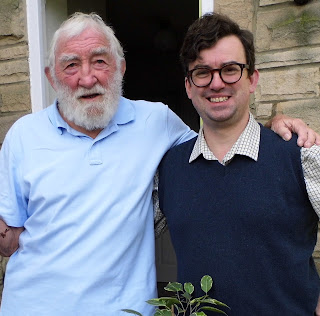 A very sad post, Professor David Bellamy OBE "Britain's best known botanist" with over 40 books, 80+ scientific papers on ecology and the environment to his name, dozens of television programmes conservationist and friend has died aged 86.
Even if you weren’t partially nature inclined, if you are of certain age and from the UK you will know exactly who David Bellamy was, with his instantly recognizable voice, bushy beard and infectious enthusiasm for plants.
Late 1970’s and early to mid 80’s especially, he seemed to be on everything- he could be discussing seeds and propagation or greenhouse gasses on Blue Peter on one channel and then be promoting Heinz Baked Beans on the other (in some cases it wasn’t even him! but an imposter as he was often imitated by impressionists “Sphagnum Moss” etc.) His life was certainly one that had been lived, I will refrain from writing a lengthy biography (I highly recommend that you read his autobiography-  Jolly Green Giant) instead concentrating on the man I ‘grew up with’ as I was always fascinated by him, and what with being a child especially interested in nature he was a big part of my childhood and I would always make the time to hear what he had to say. 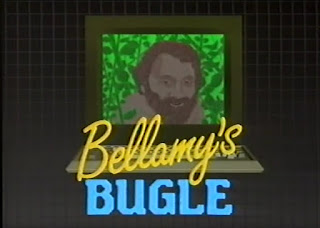 I was especially a regular viewer of Belamy’s Bugle on Children’s ITV which aired between 1986 -1988 which had David sporting a woolly jumper with the title of the series knitted on the front joined by various children from schools around the country discussing environmental subjects with his talking super computer Smart Alice (voiced by Kate Lee) and that image of David sitting in his study chatting to a talking computer has always remained with me, in fact I often say it’s a shame it is not more widely discussed these days as it was almost certainly a precursor for the countless other environmental themed children’s TV shows that sprang up during the supposedly more environmentally aware 90’s. 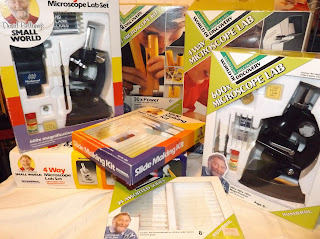 TV aside his name could be found on almost anything, comics, magazines, board games, records and I fondly remember receiving his microscope kit for Christmas in 1987 which holds an integral position in my collection of David Bellamy related paraphernalia that I have collected over the years (a collection that is long overdue for display and certainly deserves a blog post of its own) which reminds us how especially important his contribution was to inspiring children to take an interest in the planet. Then there were of course his books, always looking out for books on nature I would frequently get them from the library (and even if he hadn’t written the book he would have almost certainly written the forward for it!) and I remember being delighted during a visit to Chester Zoo to discover that having grown up with my father’s old I-SPY spotters' guides that they had released new ones and that David was now the Big Chief! I never plucked up the courage to send in my spotters guide and receive my order of merit and badge from him- something that long bothered me, but I was able to alleviate somewhat in 2013 when he very kindly endorsed an idea that I had instead, the Bellamy Eco-Postage Label, a free label bearing his likeness that encouraged regular users of eBay and Amazon to save money and the environment by reusing old envelopes postal packaging. 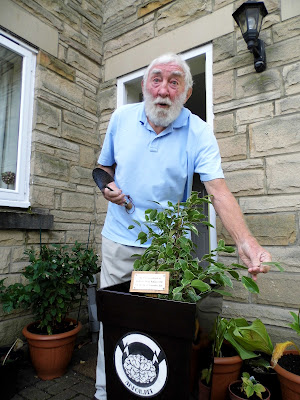 I followed that idea with a direct tribute to him in 2015 when I painted a portrait of him entitled, The Green Man: A tribute toProfessor David Bellamy OBE and presenting it in a ‘living’ frame made up of branches, moss and plants that was displayed in the woods along the River Ogwen during the Sculpture Circle’s annual ‘Gwyl Ogwen’ art festival.
Then in 2016 a project that I had not got round to documenting on this blog, having decided that I needed a plant in the studio and opting for a Ficus Benjamina I decided to make it a little more special than just running to a garden centre to get one and so David, no stranger to tree planting ceremonies having planted thousands of trees for various conservation groups and charities over the years through the David Bellamy Conservation Award Scheme performed (quite possibly) the first ever-commemorative indoor tree planting ceremony, at his home in County Durham. The Bellamy tree as we now call it stands in the studio along with a commemorative plaque which reads, “This tree was planted by Professor David Bellamy OBE on the 8th of November 2016" and it now serves extra poignancy, as it not only provides some much needed greenery in the studio, it also celebrates those early, precious childhood memories filled with inspiration and wonder but also the memories gained in later years when I had the pleasure of meeting this wonderful, kind and gentleman- Thank you David.