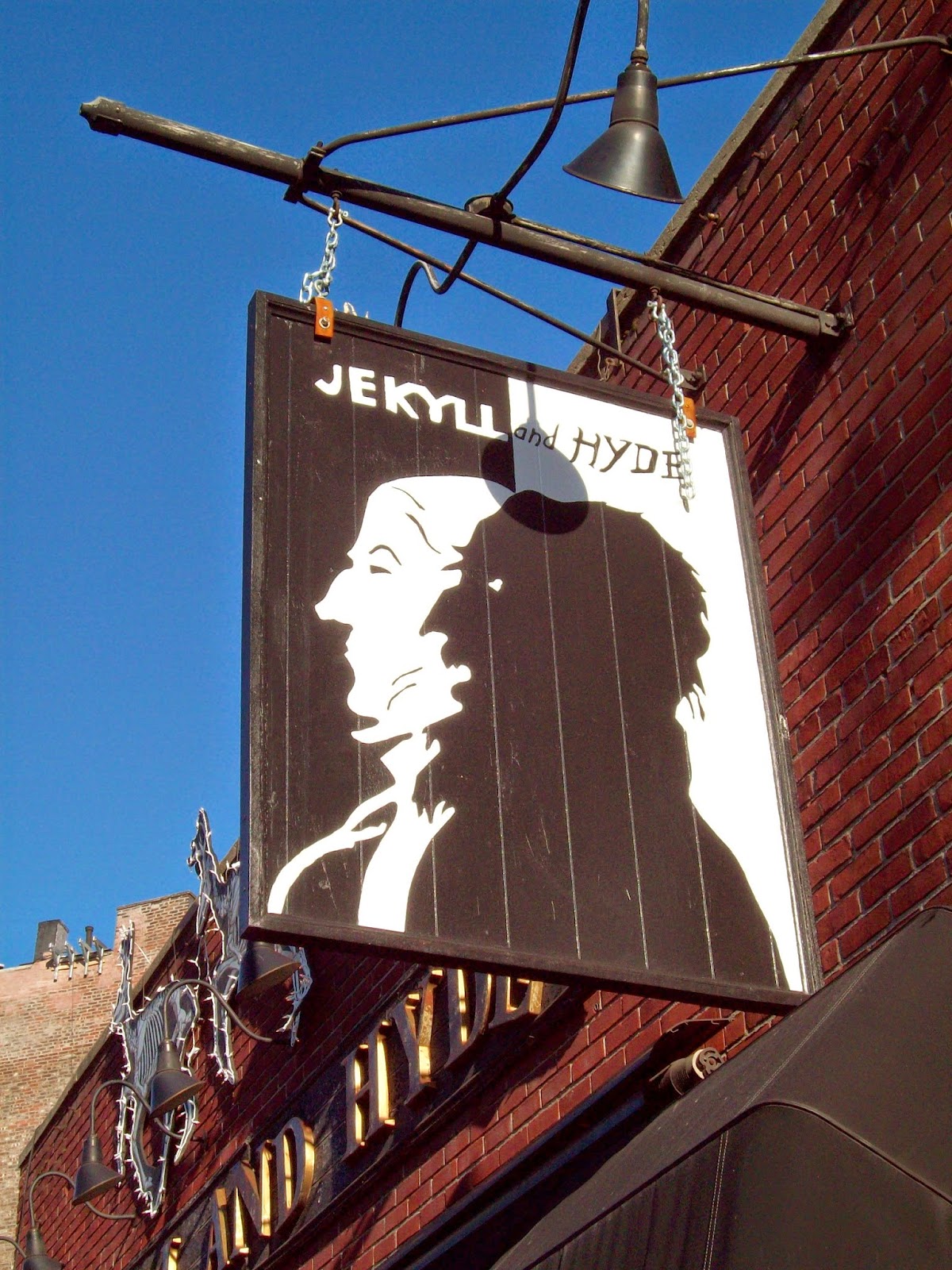 I’ve frequented the Robin Hood in Nottingham and the Sherlock Holmes in London but had to go to New York to drink at the Jekyll and Hyde… The Jekyll and Hyde is a restaurant and social club for explorers and mad scientists located in Greenwich Village and the banner outside drew me in like a moth to the flame. Guests are warned that anything can happen here as they dine as the place offers an interesting mixture of live entertainment and ‘spooky’ special effects. My brother and I nipped in for a ‘quick’ drink last year on our way back from visiting the Ghostbusters headquarters. As it was pre-lunchtime it was fairly quiet and laid back in there and sitting by a bar that came to life every ten minutes or so while the television looped classic horror movie trailers was brilliant. 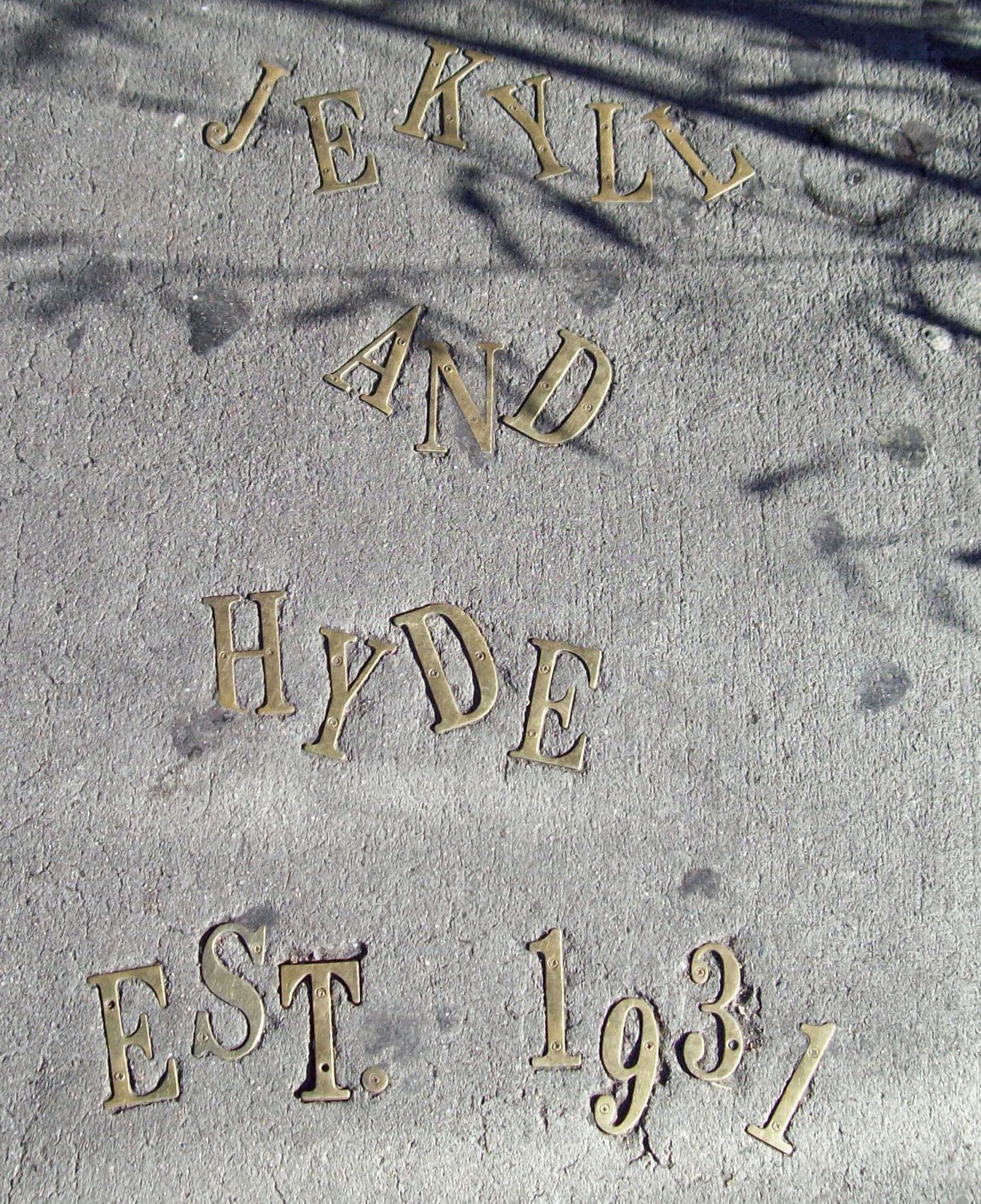 The only ‘scary’ moment (for me) was an awkward conversation with a man playing a butler that mingled with visitors, full credit to him and his performance but to be perfectly honest I’ve never been terribly good at ‘interacting’ with actors in character be they Henry Hound, Daleks or Butlers! But once that moment was over with my curiosity got the better of me and I had a wander round. The walls were filled with artefacts supposedly collected from around the globe that would also spring to life but as previously mentioned this was during the morning so there wasn’t much life in them at this time. BUT I did enjoy looking round though and took some photos as I went along.  Hope to go back there someday. 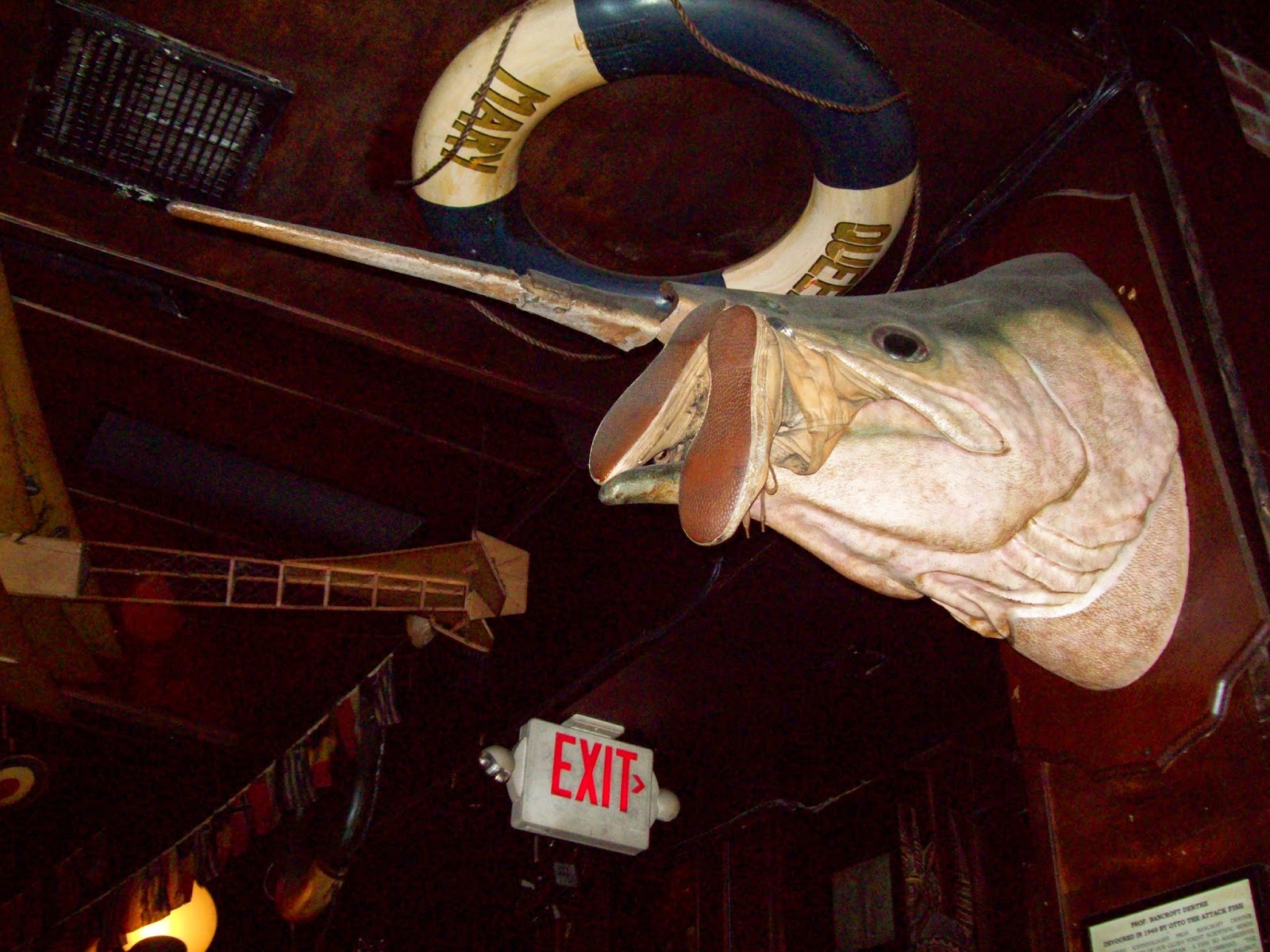 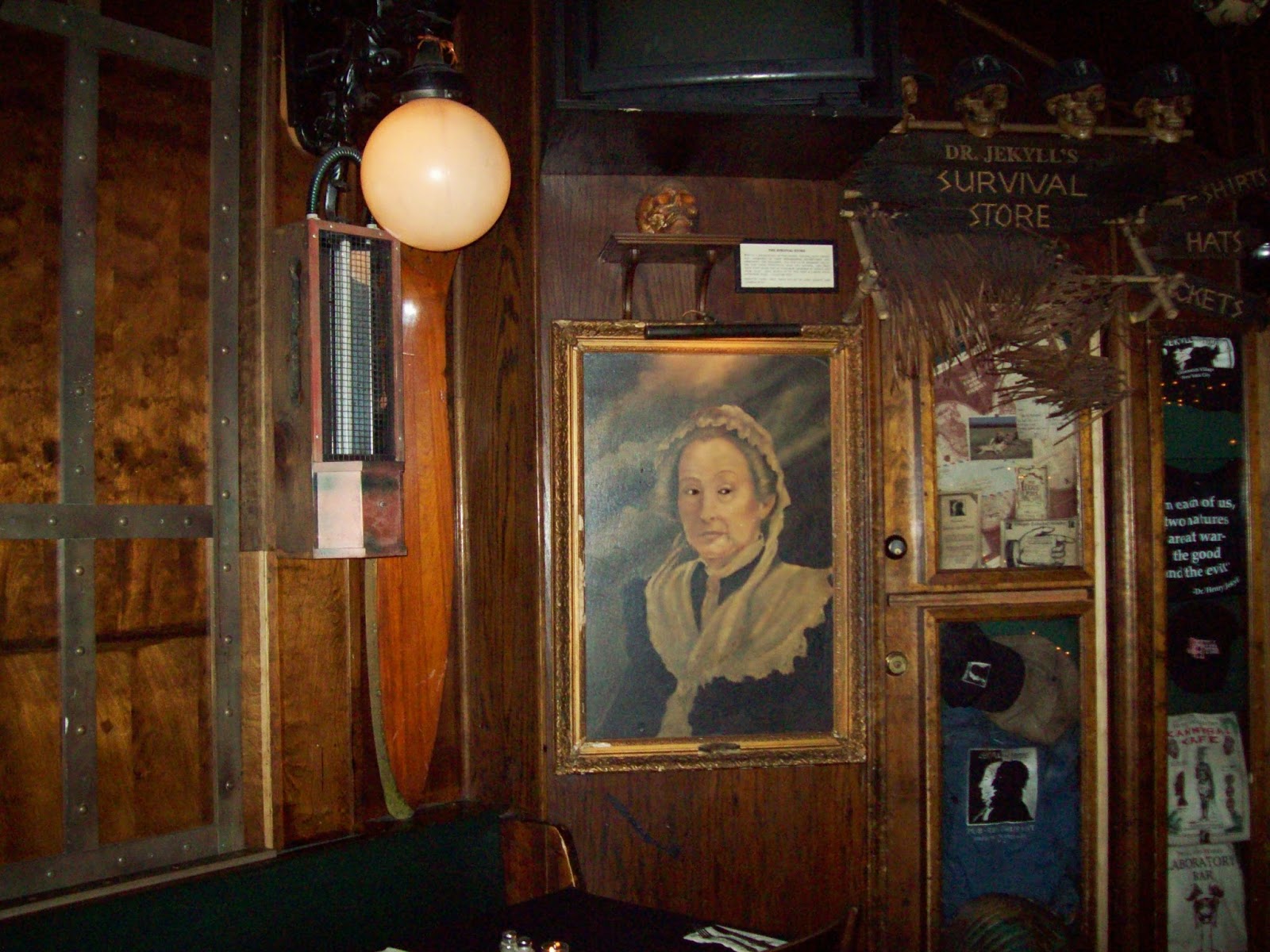 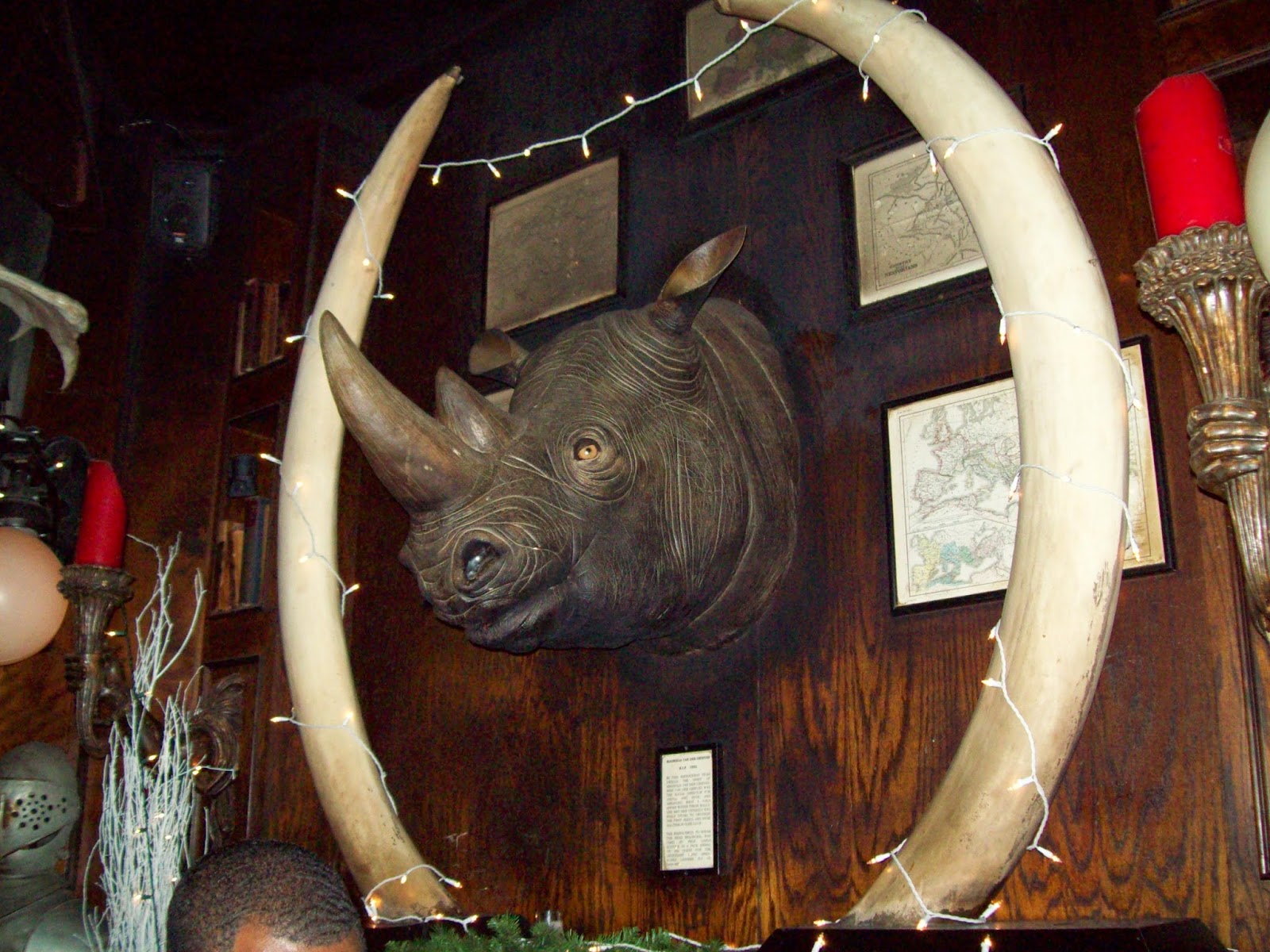 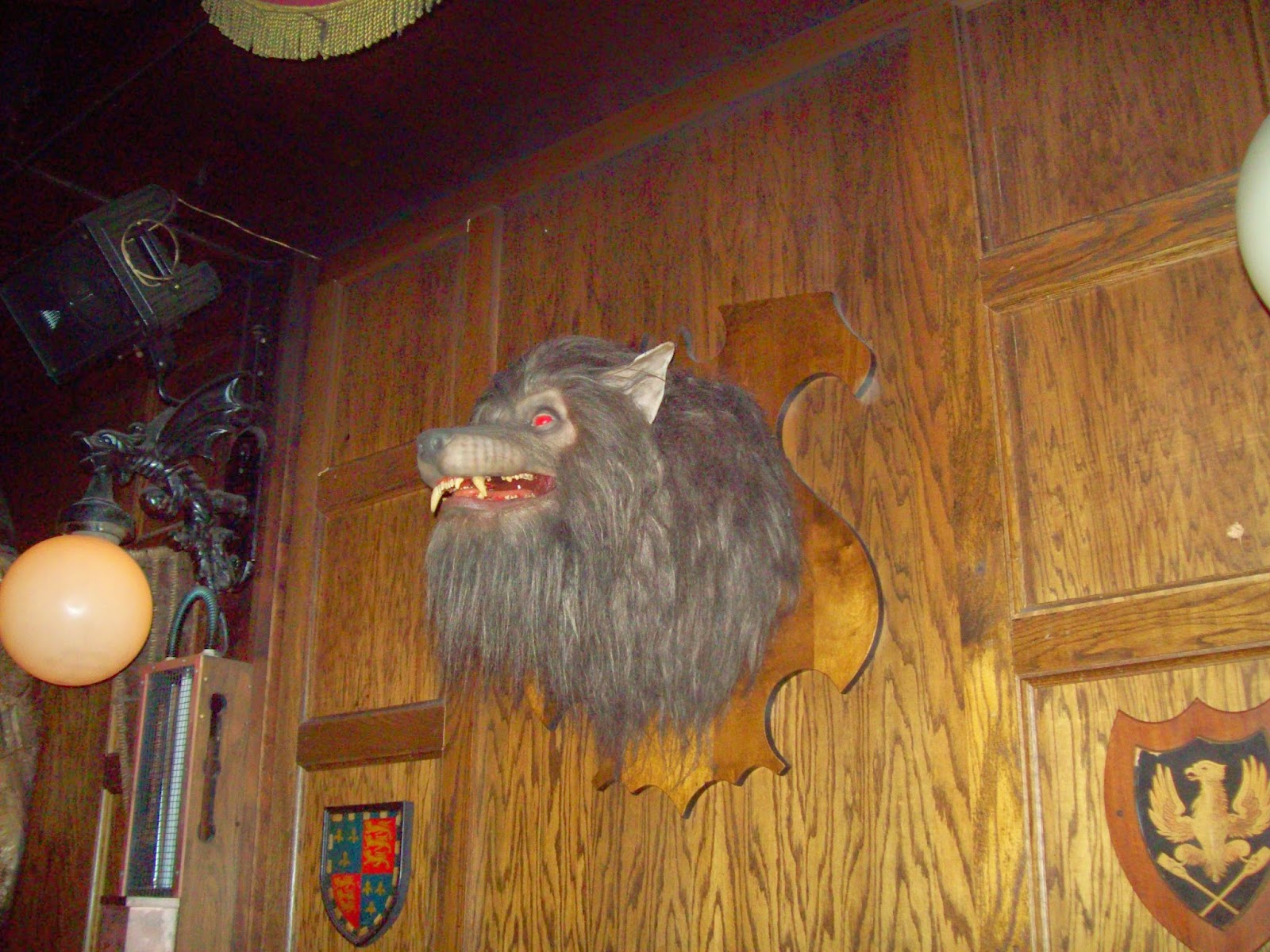 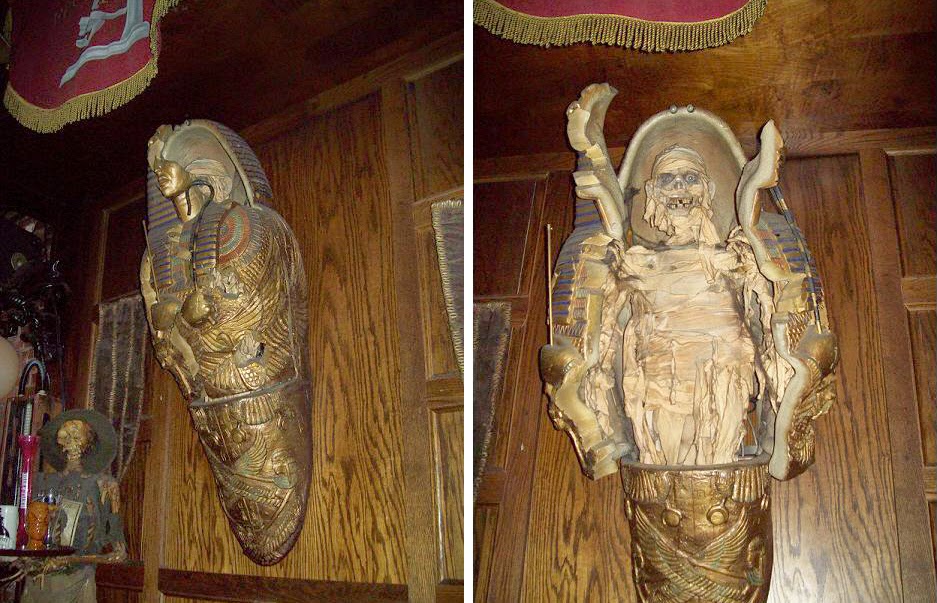 © Arfon Jones 2010. All images are copyrighted throughout the world.
Posted by Arfon Jones at 12:19 am