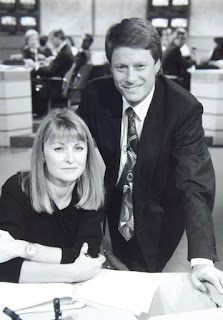 Over the past few months we have been watching vintage episodes of Crimewatch UK. For those of you not up on such things, Crimewatch (titled Crimewatch UK) was a British television programme produced by the BBC, that worked with the Police and reconstructed unsolved cases in an attempt to gain new information from members of the public and hopefully solve crimes. The show aired from 1984 to 2017 and each month (minus July to August) Nick Ross would make us have nightmares, while telling us not to... at its peak it drew in audiences of 17 million and apparently during its 25 years it helped catch 57 murderers, 53 rapists/ sex offenders and 18 paedophiles. Watching these shows has been interesting, the nostalgic memories of the exciting times I was allowed to sit up later than usual to watch them aside, they really are time capsules, not only in the how police tackled crime and how television was presented but also in regards to what Britain was doing back then. So many shops and retail chains mentioned on the show are now long gone, as are the 24 hour photo processing and of course the video hire shops, so I thought I would compile a list of crimes that featured a video shop. Now, I must stress I am in no way making light of this subject, and urge you, if you can help with any of the unsolved cases then contact your local police. I am just presenting these as a look back on video shops and how much a part of life the were. 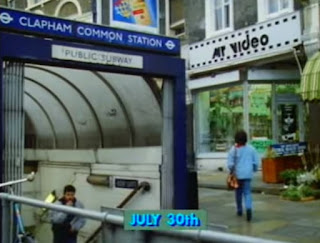 13th of November 1986 Crimewatch appealed for information regarding the tragic murder of Lorna Hayles, which sadly remains unsolved to this day.
During the reconstruction we learn that she visited a Mr Video located at 7 Clapham Common South Side - the hire shop is long gone now, these days its known as the South Side Cafe. 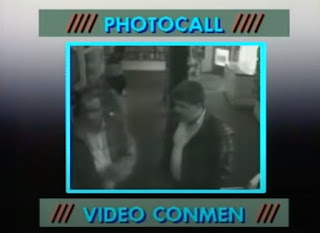 On the 16th of July 1987 as part of Crimewatch's Photocall feature Supt. David Hatcher and W.P.C Helen Phelps requested further information regarding a team dubbed, 'Video Conmen' operating in the North and East of England. Both men reportedly would visit various video hire shops and obtain memberships with either forged or stolen documents and then each man would hire out a number of video tapes, mostly new releases and not return them. It was believed that they had obtained over £25,000 worth of tapes. Ironically, as pointed out by Nick Ross they had been caught on video themselves by a security camera and when the show returned on October 13th viewers were informed that nine viewers had independently rung the show and provided information which had lead to arrest of three men before reporting that the three “Manchester men” had been imprisoned by the time of their January 12th 1988 episode. 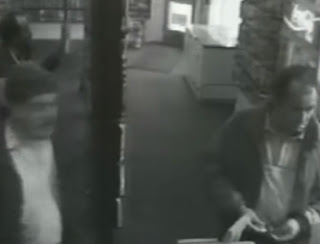 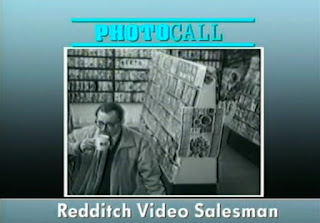 The 9th of June, 1988 and Supt. David Hatcher this time alone at the incident desk showed a man caught on the surveillance camera at a Video Shop in Reddich. The man, apparently calling himself “Roy Marsh” offered to sell the proprietor £1300 of discounted video equipment but when they met to close the deal Marsh took the money and ran to a waiting car which sped away. Described as being around 50 and standing at around 5'7 tall he spoke with a Northern accent and apparently was a very convincing con man and likely to have been working as part of a team operating throughout the Midlands. On Crimewatch Update David Hatcher informed us that they had received calls offering possible names along with other victims coming forward alleging that they too had been coned. However, we never found out if they caught him. 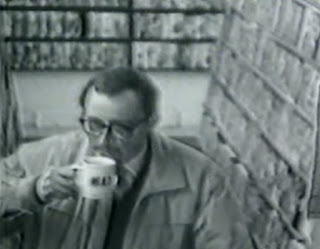 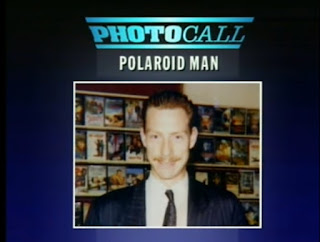 On the 6th of December 1990 as part of Photocall Supt. David Hatcher (now accompanied by DS Jacqui Hames) asked the public on behalf of Merseyside police to name a “cheerful amateur film maker” dubbed 'Polaroid Man' who had hired a video camera but failed to return it, but it seemed that this wasn't the first time he had hired expensive video equipment and failed to return it - he was photographed several times wearing the same suit as part of the hire agreement in various video hire shops in North Wales, Merseyside and Cheshire between September and October that year, using stolen cheque books and driving licenses as proof of identity. He was reported to have borrowed and not returned over £10,000 worth of video cameras and accessories. During the Crimewatch Update it seemed that the show had received 40 calls from the public, giving sightings in Twyford and Preston with more victims coming forward believing that they too had been duped by the same man- adding that a former acquaintance had also called in to say that Polaroid Man had moved to the North Midlands area. Presumably this was lead that would result in Nick Ross informing us on the 14th of February that a man had since been arrested and charged with deception and for handling stolen goods after a viewer had recognised him and telephoned in with a name and address. 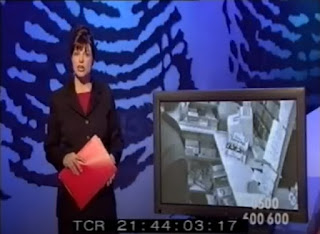 12th October 1999 sadly the episodes available online had started to dwindle at around the mid 1990's and so huge gaps can occur, But in October's episode Jacqui Hames asked for information regarding a robbery at a video store in Norwich. Having brandished a knife at the shop assistant he robbed the till. Described as late 20's early 30's of medium height and build with a “thin gaunt face” and dark brown hair brushed forward to cover where he was going bald. The following episode is yet to turn up- and there was no mention of an arrest in December's episode so I have no idea if they caught him. Do you?

Be sure to check out the episodes to be found on YouTube- or better yet, if you have one that hasn't been uploaded yet put that right and transfer it to your computer now! I will keep this thread open and update it accordingly if another episode featuring a video shop related crime should turn up. Until then, please don't have nightmares, do sleep well.

Don't forget to check out my monthly YouTube painting videos devoted to the glory days of Video rentals and the movies we rented from them back in the day at www.vid-o-rama.com