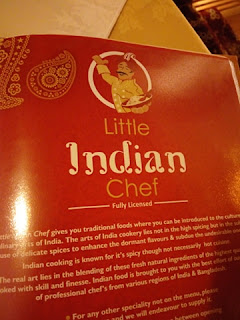 2018 was the year we lost Toys R us. Toys R us kids and collectors alike shed a tear as Geoffrey the Giraffe waved goodbye and walked off into the sunset as the company that had been trading worldwide since 1949 went into administration. But one other familiar business only ten years younger than Toys R Us slipped away from us without anyone saying anything! First opened outside Reading in Berkshire in 1958 Little Chef (originally scheduled to end at the end of 2017) eventually defunked at the end of January 2018 with no publicity. Most of the population seem oblivious to Little Chef’s demise which also included the chain's prime location at Popham in Oxford once remodeled back in 2011 by celebrity chef Heston Blumenthal in an attempt to revitalize the chain. Having an official website still up and promoting premises that have long shut up shop and replaced by Starbucks, Greggs or EG Diners has not been helped matters!  After a series of blog posts documenting the history and last remaining Little Chefs I could come across I had hoped to mark this sad loss of an iconic British institution with a final edition of Dine out before they die out but it seemed to almost happen overnight BUT I was able to find a lovely tribute to it. A gentleman called Mr. Abdul Malik has reopened a former site located at the side of the A55 in Llanddulas, North Wales as a new Asian restaurant called Little Indian Chef! 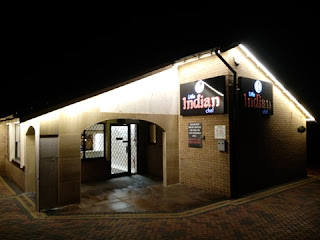 Little Indian Chef, Llanddulas, Abergele LL22 8HJ. Situated off Junction 23 of the A55 in Llanddulas, North Wales I have been unable to establish when these premises started trading as a Little Chef but they were converted into a Happy Eater in the mid to late 1980’s (both chains were owned by the same company, Imperial Group) only to suffer a similar fate again in 1997 when the Happy Eater brand ceased to exist after being labelled "tired" by its new owners Granada. In 2006 it was reopened again as Diner Fifty 5 (“Well worth stopping for”) then Oinkeys in 2011 (NOT worth stopping for according to Tripadviser!) and after they stopped trading in 2015 and the site stood empty and due for demolition until it was purchased by Mr. Malik, (owner of a highly-rated Suhail Indian restaurant in Prestatyn) when plans for a housing scheme on the site fell through. The restaurant was opened this year, the month Little Chef stopped trading and personally I thought the new name and utilizing of Little Chef’s 'Fat Charlie' chef mascot was a stroke of genius, and according to a recent Daily Post interview he received great feedback about it, saying,  “This had been a Little Chef and that is why we wanted to bring back this name, it was really my son’s idea. It is also simple as well and something people will remember. People seem to be really like it. We have invested in the site to upgrade it as it was rundown when we took over. The aim now is to build up our reputation for our food, having a nice restaurant is one thing, but it is making sure our food is good all the time that counts in the long term.” My wife and I visited them recently and we were suitably impressed, the food and decor was great and I wish them every success with it and highly recommend you visit, sample the fine cuisine and perhaps raise a glass to its namesake. 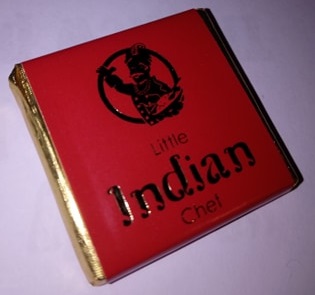 © Arfon Jones 2018. All images are copyrighted throughout the world.
Posted by Arfon Jones at 1:13 pm