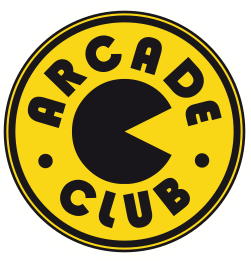 Can you believe it? I am just one post from 300 and can you believe that I am just one year from being forty years of age? OK that one might be easier to comprehend... but anyway, lets celebrate this number in much the same way as we celebrated the 199th back in 2015 and devote it to something incredibly interesting, this time how I celebrated my 39th Birthday! Last Saturday! Mrs Jones took me somewhere that I have wanted to go for some time, the largest free play arcade in Europe, the Arcade Club in Bury!
But what is this ‘Arcade Club’? Well, according to the website it all came about when owner Andy Palmer’s private collection of 30 arcade machines, situated at the back of a local computer shop in which he ran became quite popular with customers popping in for a nostalgia arcade fix and this gave him the idea to open an Arcade Club in a warehouse in Haslingden. Filled with around 100 machines the idea proved so popular that in October 2015 the club moved to Ella Mill in Bury and with twice the space to work with filled it with even more machines. A gaming themed lounge was added for people to try new technologies like VR while enjoying hot food and drinks. Retro game consoles were added to the free-to-play roster including Nintendo 64, PC Engine, PlayStation, Sega Saturn and Xbox. The additional space then allowed the introduction of more modern larger cabinets. Then in March 2017 Floor 2 was opened doubling what the Club had to offer, event and tournament focussed, networked PCs, modern consoles and a broadcast stage with an185" screen inviting “other gaming communities to make Arcade Club their home” and they regularly host tournaments with BandaiNamco and Manchester Battle Arena (MBA) all this along with a dedicated pinball room, a fully stocked bar serving American diner styled meals and a vast array of vintage video arcade games have all the trappings for a very happy Arfon indeed! 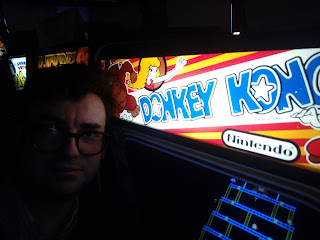 However my main focus was FLOOR ONE which is filled with original machines from back in the day. Highlighting 30 years of video gaming history carefully restored and ready to be played by retro/ nostalgia nuts like myself. Over the past 35 or so years I have played countless arcade machines. My pre-teens, teens, late teens and twenties at varying points of the 80’s and 90’s and at different points of the country and each game has its own memories associated with it. Memories of family, friends, lovers, places and attractions that in some cases no longer exist so when I entered the room it was like a birthday reunion, a room full of familiar faces that I had not seen for years all gathered under one roof! It was so good to see Paperboy, Frogger, Donkey Kong, Wonder Boy, Streets of Rage and Pacman again (sadly Rage couldn't make it) it was marvellous! Pay £10 on the door and you have unlimited plays on the machines- time is no object (however they do close at 11:00pm and 12:00am on Fridays!) I wandered around the room, relishing all the bright lights and familiar themes playing over and over- 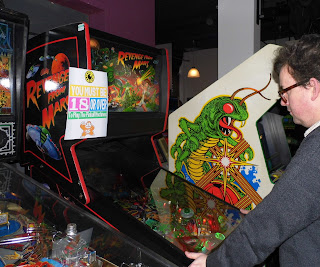 rediscovering the cabinet decals and relaying to Mrs Jones how I had once played “this one in a caravan park in Wrexham” or “this one in Alton Towers back in 1991” another factor that I enjoyed (aside from being able to play all these games again of course) was seeing friends getting together and playing alongside one another and families out there for the day, mothers shooting zombies alongside their children and fathers showing their sons how to throw a newspaper at a mailbox! This environment even had Mrs Jones who normally doesn't play video games getting in on the action, chasing ghosts and shooting asteroids with the best of them, we even joined forces and completed House of the Dead 2! Even when it was time for a breather and a drink I was delighted to find three of my five favourite pinball machines in the corner The Addams Family, The Twilight Zone and my all time favourite Revenge from Mars (my fourth and firth favourite that I didn't see are Creature from the Black Lagoon and Doctor Who) I had a blast and highly recommend you check it out be you a casual or retro gamer I defy you to not find something there that will not put a nostalgic smile on your face! My sincere congratulations to all concerned, its an amazing place to visit and a BIG thank you to Mrs Jones for making my Birthday so special!

Just some of the stars from that day...
﻿

© Arfon Jones 2018. All images are copyrighted throughout the world.
Posted by Arfon Jones at 5:57 pm