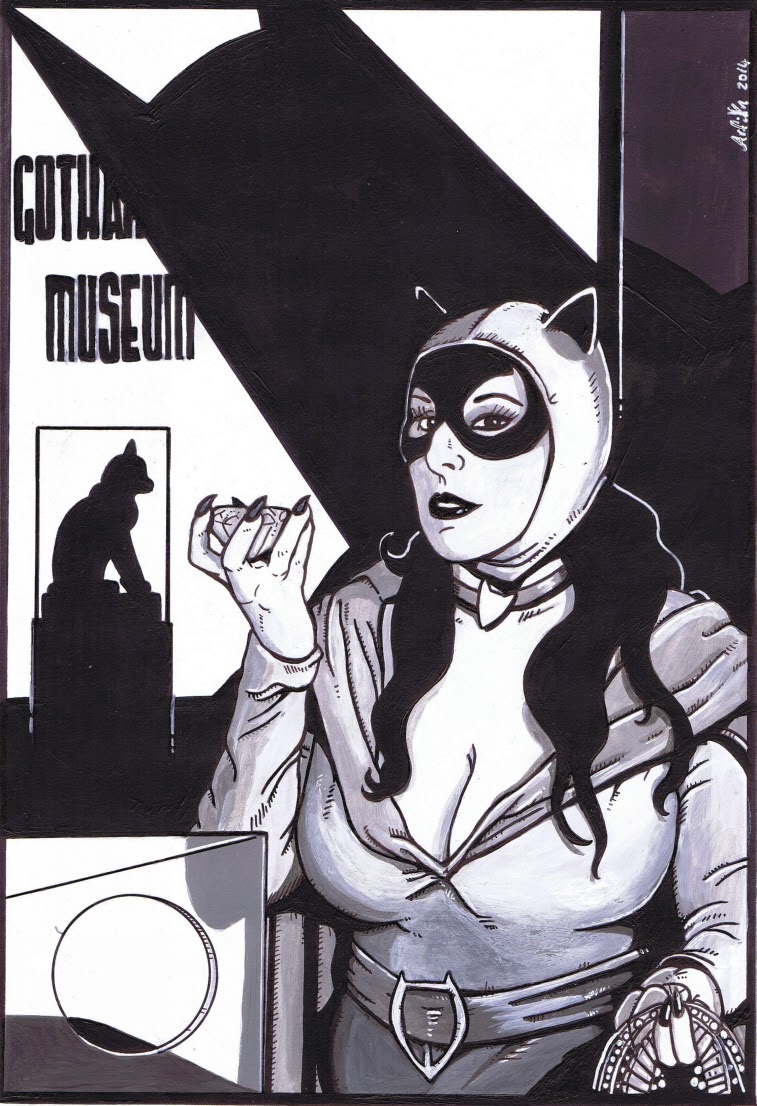 This year Batman, my favourite comic book hero celebrated his 75th anniversary. I hoped to commemorate the occasion by creating something remotely Batman related and thanks to long-time/professional cosplayer Dementia AKA "The ConMother" I have done just that! ‘Night at the Museum’ (acrylic and pen on A4 card) features one Batman’s most iconic villains Catwoman (who herself will be turning 75 next year). Catwoman has had many costumes over the years, but my favourite has always been the Golden Age purple dress with green cape (seeing as you asked I also like the Jim Balent purple version, The animated series and obviously both Julie Newmar and Michelle Pfeiffer’s costumes).
Much like Catwoman, Dementia too has had many outfits. Based in Florida, she has been a costumer at conventions for fifteen years and has featured in several calendars and magazines, along with the documentary ‘Unconventional Wisdom’ and when I saw her in her Catwoman costume I knew that I had to draw her.