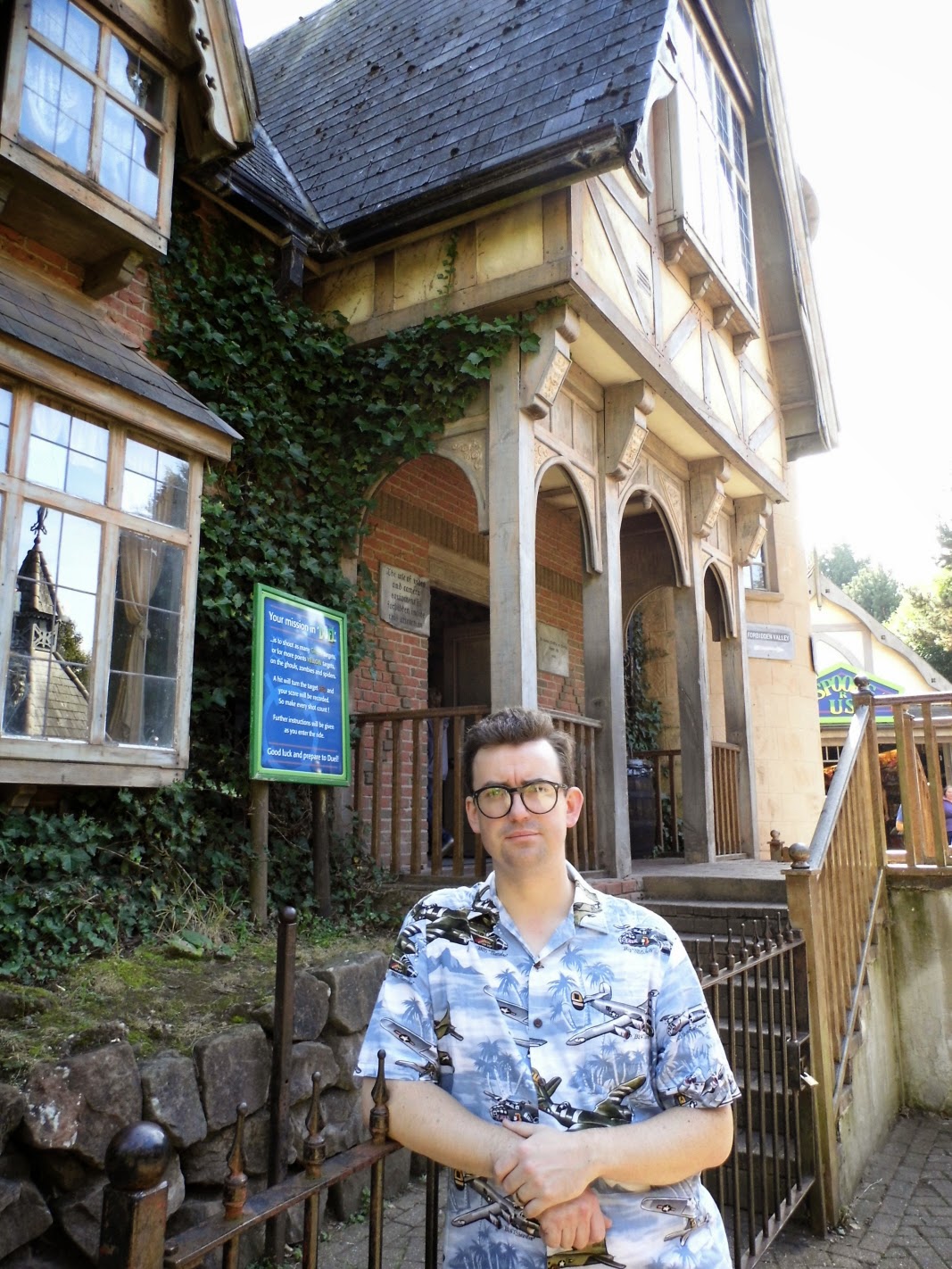 Around two years ago Mrs Jones and I were driving through Staffordshire when I noticed signs indicating the direction of Alton Towers theme park when by an amazing coincidence Classic FM started playing Grieg’s ‘In the hall of the mountain King’! (Unofficial theme of Alton Towers used for their advertisements) I noted the coincidence to Mrs Jones who was horrified that I associated Grieg’s finest with a theme park but presenter Nicholas Owen came to my defence when he enquired after the piece ended, “How many of you out there where thinking of Alton Towers during that?”  In truth, I actually associate ‘In the hall of the mountain King’ one particular Alton Towers ride, which opened back in 1992 The Haunted House! After an absence of 18 years I returned to Alton Towers last weekend and visited one of my old haunts.
I was a frequent patron of Alton Towers between 1991 and 1996 then I just stopped going. There was no particular reason for this I just never got round to a return visit. But as I stepped off the monorail I found that a great deal had changed over the past 18 years. Henry Hound was no longer there to greet guests, the Black Hole was gone (closed down in 2005). The Corkscrew Britain’s first giant corkscrew roller coaster (and the first roller coaster I ever rode on) was dismantled in 2008 (but I was pleased to see a section of it at least displayed outside the entrance plaza) and the Haunted House… still there! Or was it?

When the great John Wardley opened his new ride to the public in 1992 there was a massive amount of publicity surrounding it. Between various children’s television show segments and the aforementioned  ‘In the hall of the mountain King’ advertisement, with me being the monster fan that I was/am I yearned to experience the ride for myself! Then when it was announced that our school trip that year was to be Alton Towers I was ecstatic and insisted that the Haunted House be the first ride that my friends and I went on. As we joined the infamous queue line I took excessive amounts of photographs of the house and various humorous gravestones (but sadly not one of them came out). I have vivid memories of finally getting through the front door and standing in the Entrance Hall and Drawing Room before getting into the carriage. Various elements of the ride still reside, I recall the tunnel of doom making an impact on me and being over all impressed by the experience, and even being overwhelmed by the gift shop! I returned the following year, my brother in tow (alerting him as to where the ride photo was taken) and with each ride I would notice something different and although I hadn’t been on the ride since 1996 I still spoke fondly of it. 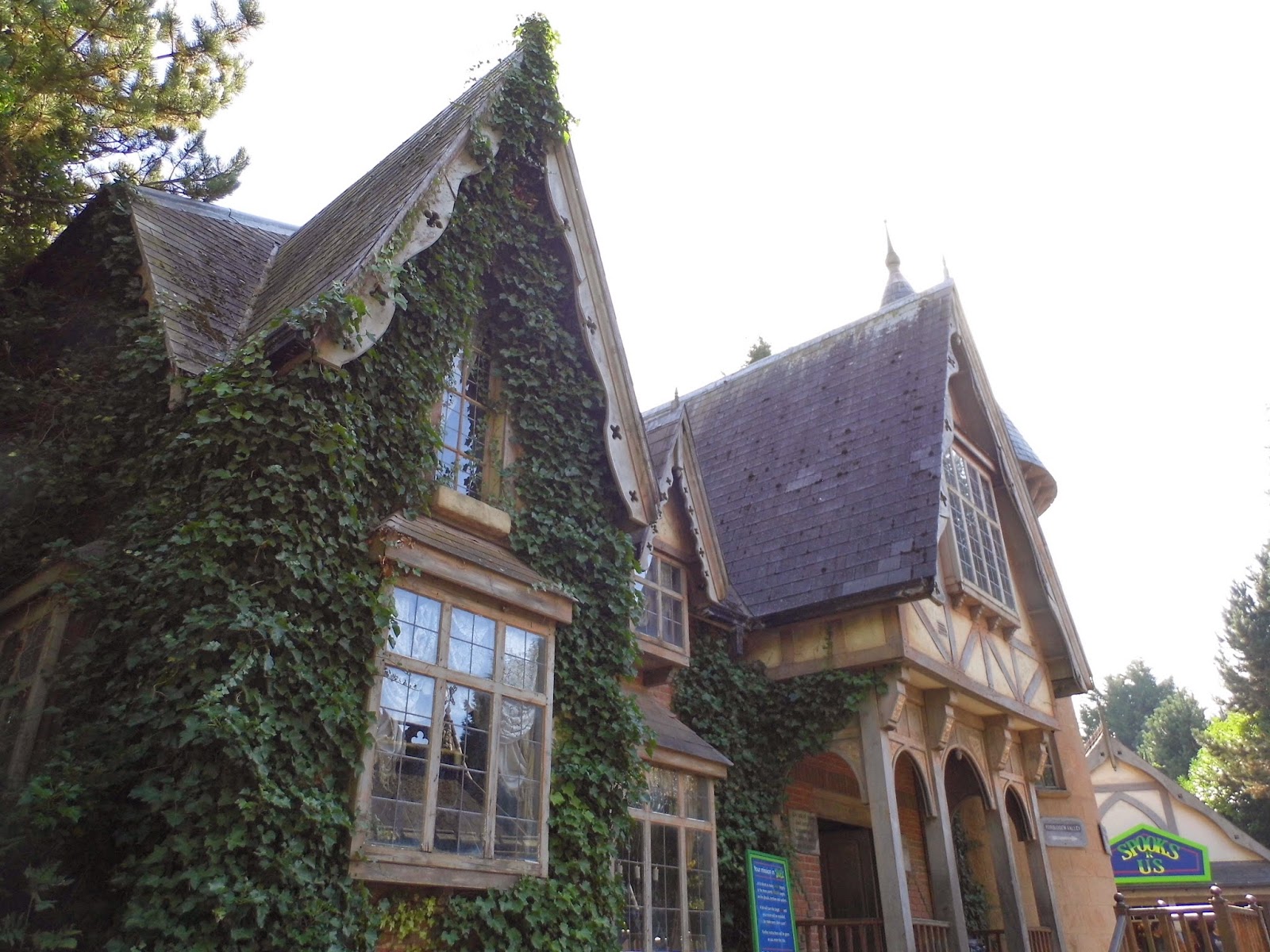 Apparently by 2002 the Haunted House's visitor numbers had slumped so Alton Towers decided on a re-theme the ride, adding laser guns to it and re-naming it Duel. I was so pleased to see the old house still standing, and now armed with a relatively good, digital camera with a zoom option I was finally able to take those detailed shots I was anxious to take 22 years earlier. As I walked in it was just like old times, many of the details that I had committed to memory were still in place (minus the portraits and I had completely forgotten about it having a slanted walkway!) Going in with a gun was strange (as strange as being able to simply walk in and not queue.) It was certainly the ride I remembered from my childhood only with little lights everywhere and zombies ‘jumping’ out. Apparently I ‘won’ scoring the most but we didn’t bother with an after ride photograph as a picture of myself zapping monsters with a big grin on my face with my wife and child sat next to me looking bored just looked silly. Admittedly, being the traditionalist that I am I didn’t care much for the ‘new’ features, but I understand that in order to survive the ride must adapt. I still love it though and hold it in high regard, why wouldn’t I? It’s classic! I hope these photos relive some pleasant memories for you. 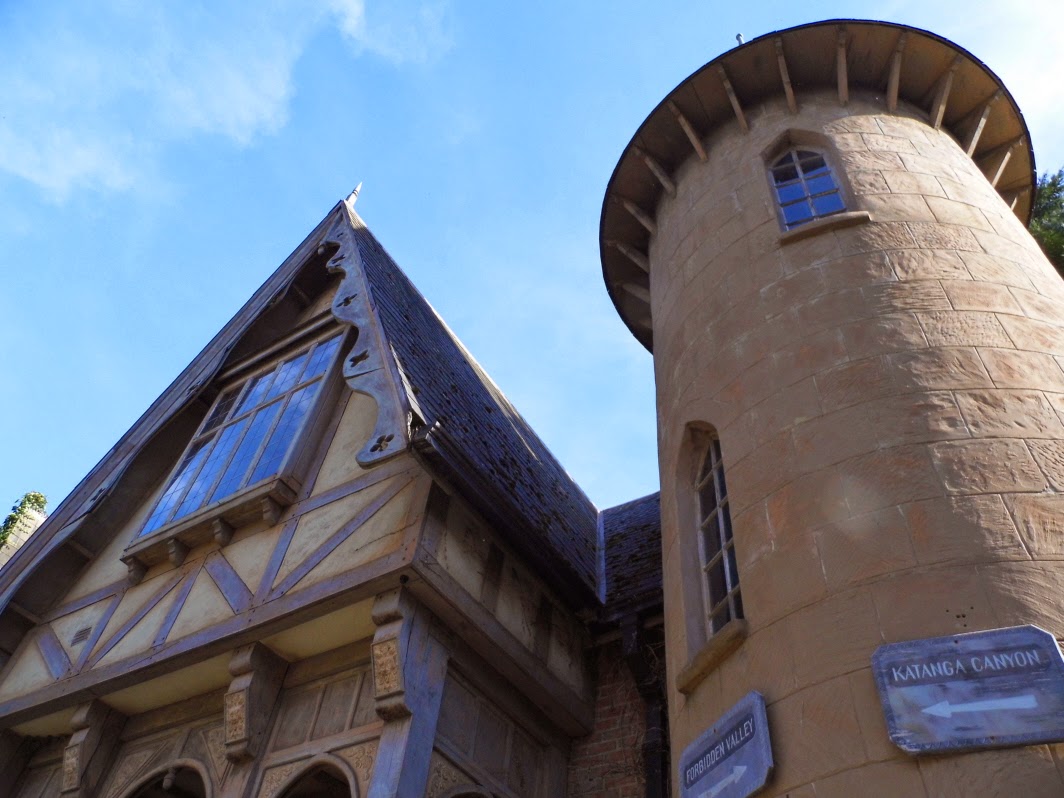 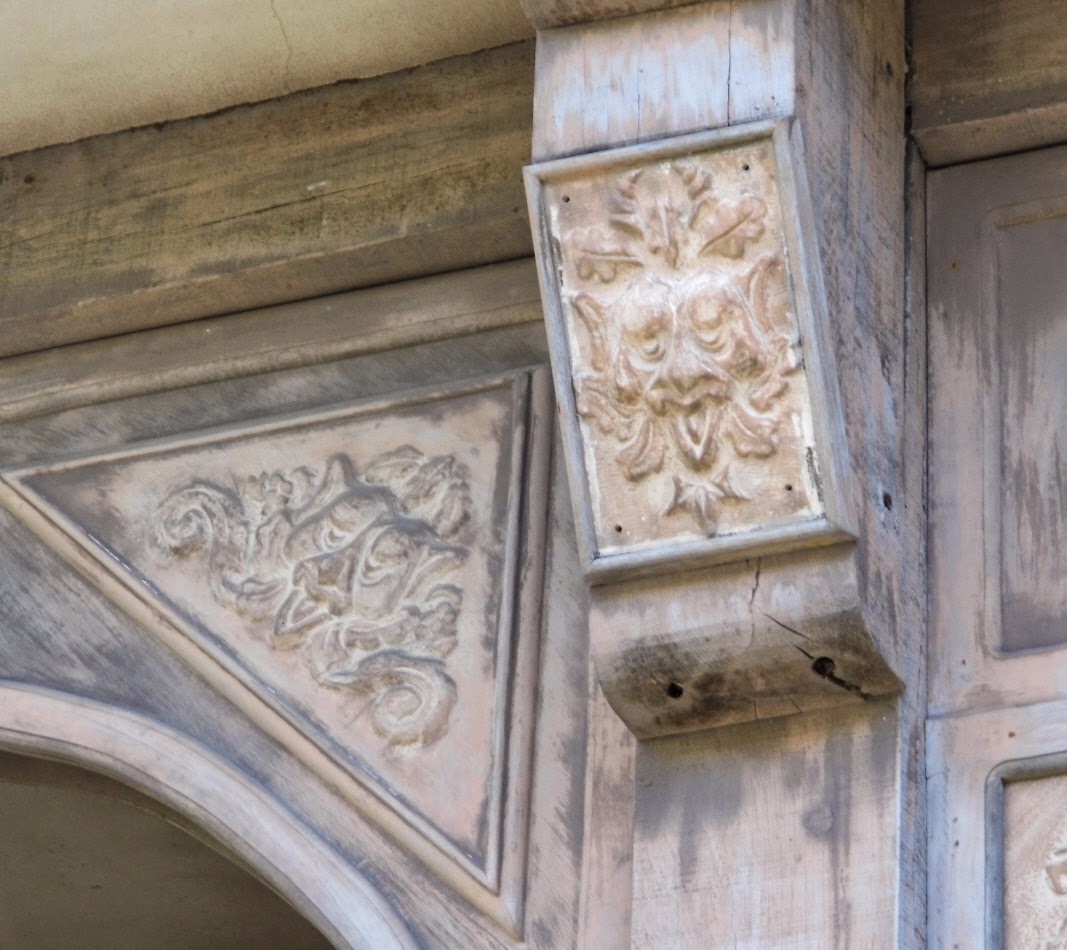 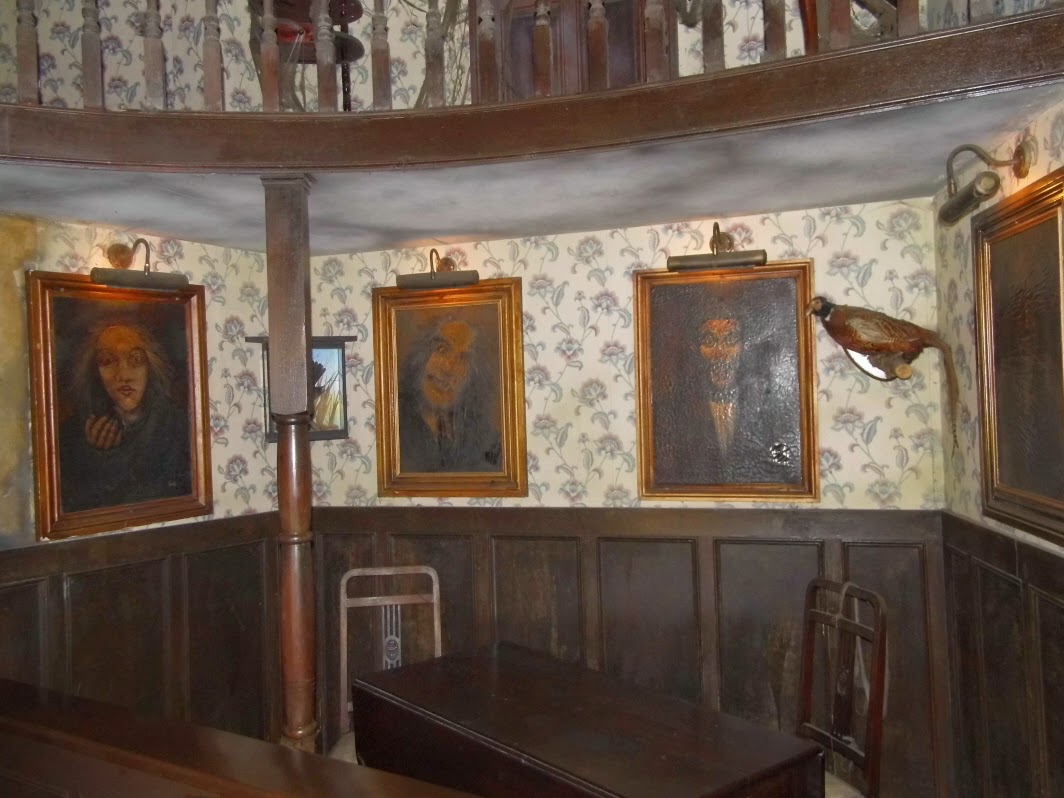 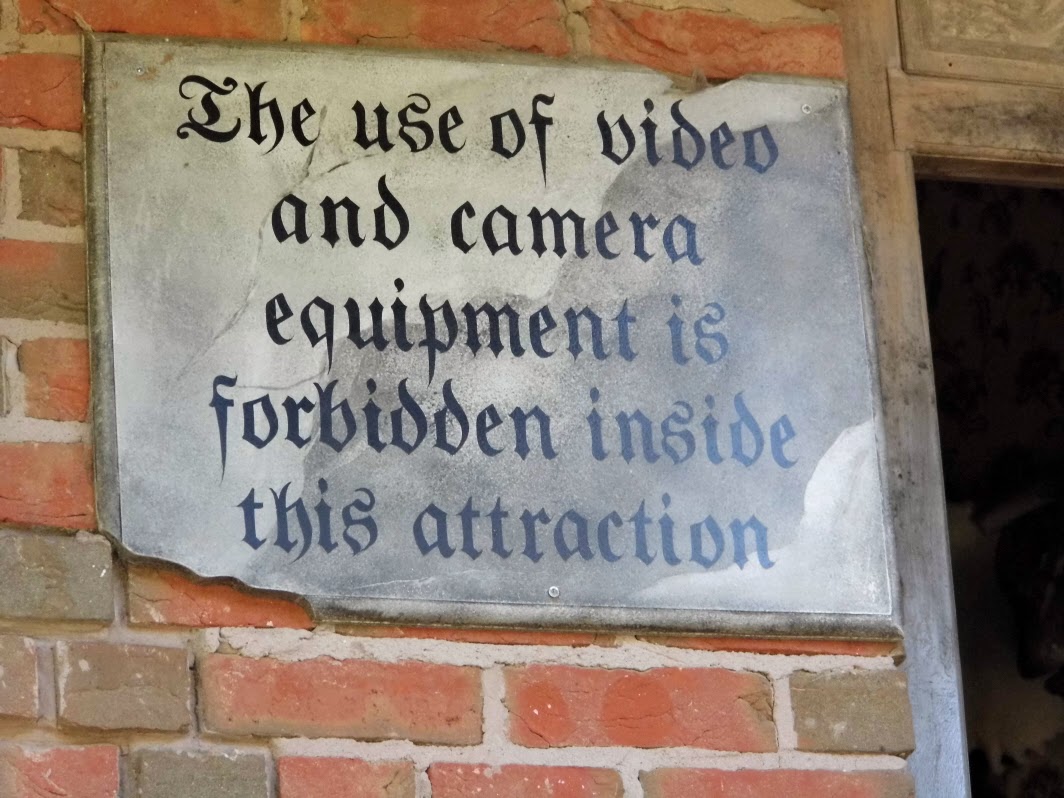 Oh, by the way Mr Michael P Eley’s ‘Smoke and Mirrors: The Haunted House of Alton Towers’ book, an excellent read that I highly recommend!
© Arfon Jones 2014. All images are copyrighted throughout the world.