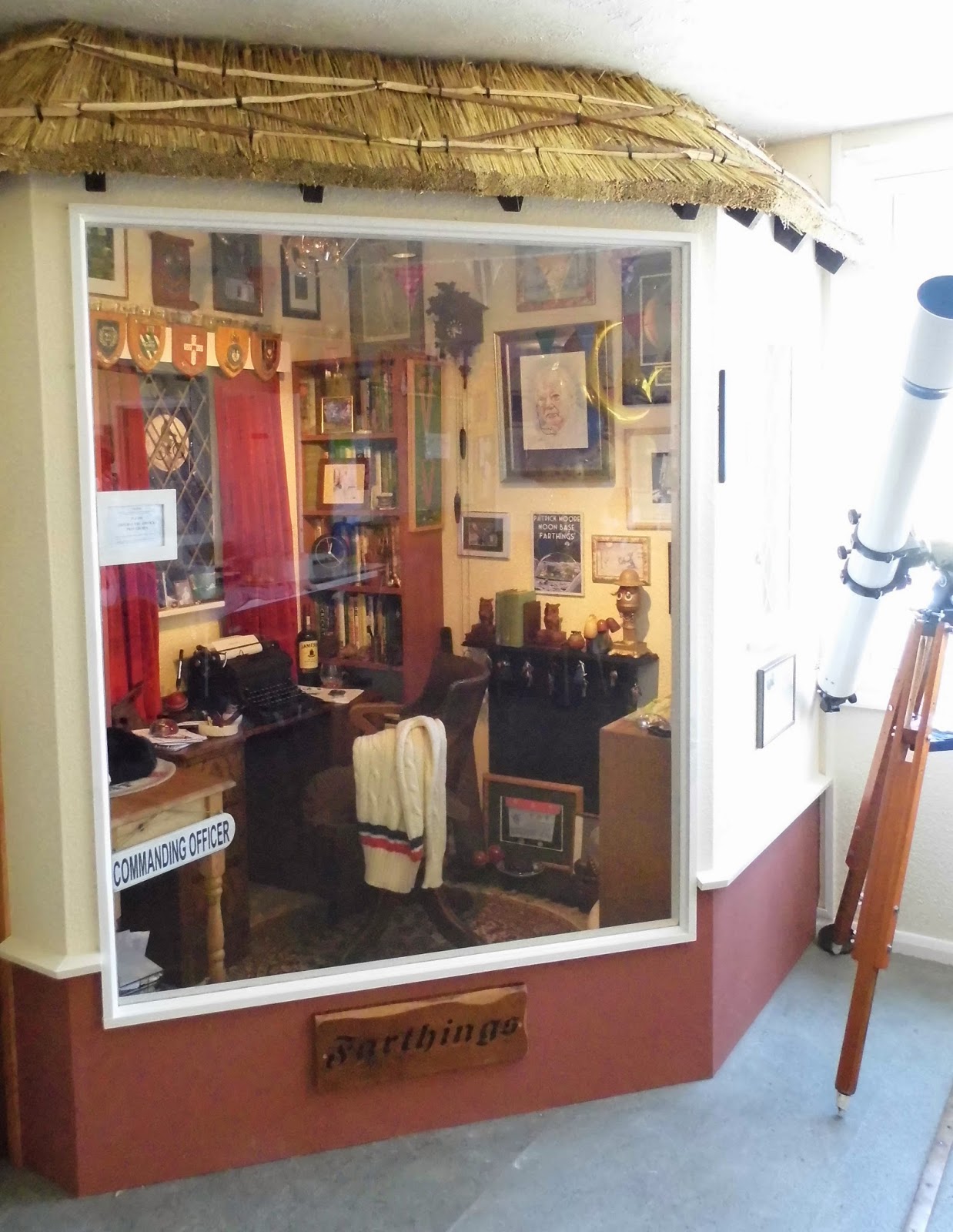 On June 8th, we spent a weekend in Selsey and attend the unveiling of a permanent 3D-art exhibition at Selsey Cricket club one of oldest cricket clubs in the country (celebrating its 180th anniversary this year). The piece, created by Arts Dream’s Meryl Penning commemorates the life of one of the club’s former Secretary, President and Life vice President Sir Patrick Moore. Apart from being a world-renowned astronomer, author and television personality Sir Patrick was an intrepid Cricketer and Meryl created this wonderful recreation of his study at “Farthings” (where many of the club’s committees were held over the years) in a corner of the Pavilion (now renamed the Sir Patrick Moore Pavilion) in his honour. The piece, complete with thatched roof and leaded windows contains photographs, memorabilia, and artwork from Patrick’s study and the attention to detail is amazing. Everyone that looked in through the glass would say, “oh look there is his….” Filling in the gap with something that they recalled seeing when they visited Farthings. 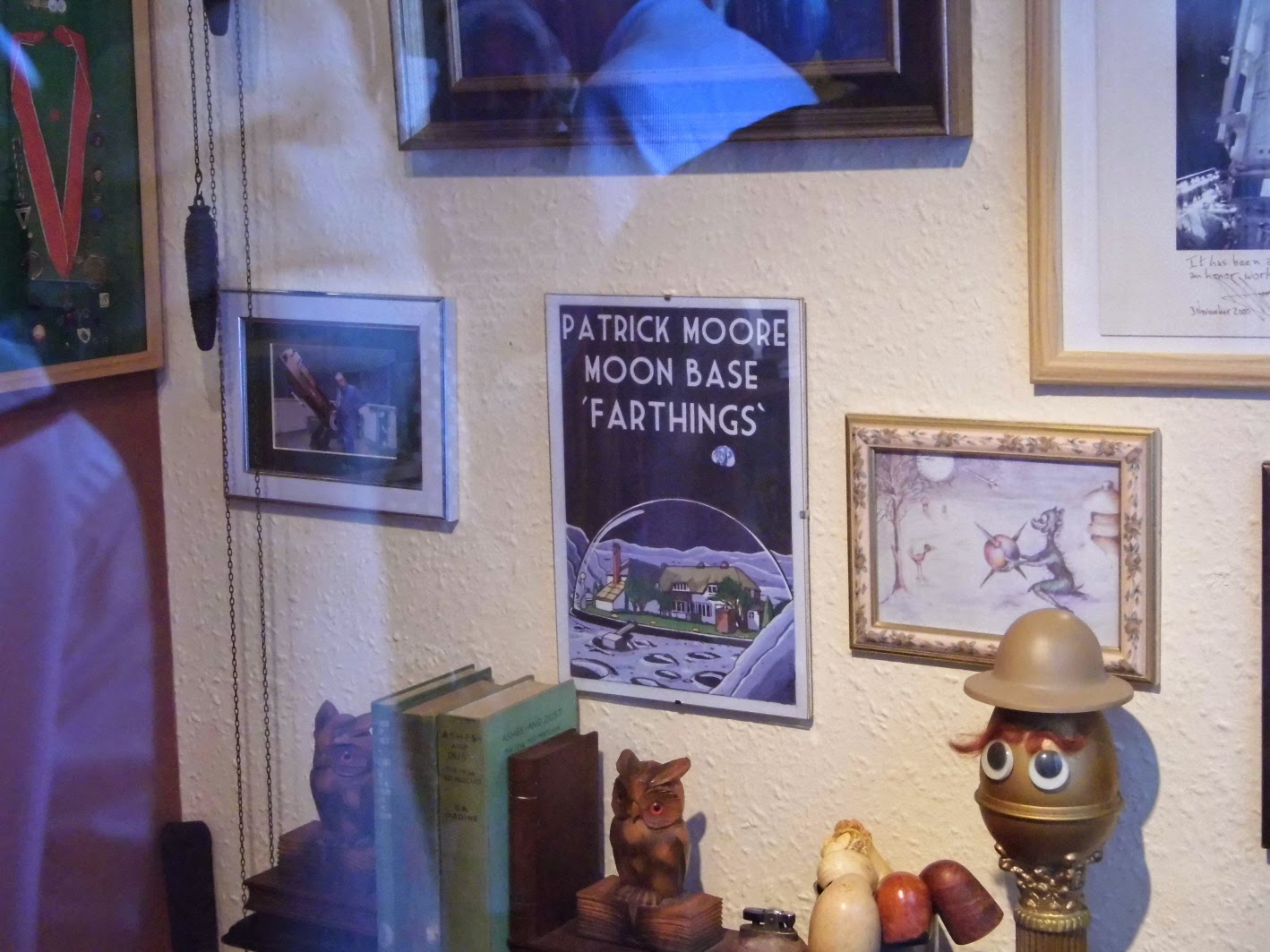 Each time we looked in we would noticed another familiar item, from his famous Woodstock typewriter to the tankards hanging from the beams. The shot glasses that lined the walls, his cuckoo clock and his mother’s paintings. Also amongst the memorabilia on the walls is one of my paintings, ‘Moon Base Farthings’ which I painted for Patrick back in 2011. A gift, thanking him for allowing Beth and myself to spend what was to be our last weekend at Farthings, and for the use of his garden as a backdrop for my proposal to Beth. Last time I spoke with Patrick he told me that the painting had “Pride of place” in his study so I was delighted to find that it now lives on at the cricket club in this magnificent display. (The artwork also featured on the back of the commemorative booklet made available on the day raising proceeds toward a new clubhouse for the club)
Following on from the unveiling we had a glorious day of brass band and sunshine before Selsey played against the Lashings All Stars competing for the Sir Patrick Moore Cup. We had a marvellous time and commend all involved.
Meryl's fantastic work can still be viewed at the club on the following dates:
10-4pm on Thursday /Friday through June and July.10-4pm every weekday through August.
I urge you to visit and see this magnificent piece for yourselves, and be sure to pick up a commemorative booklet too! 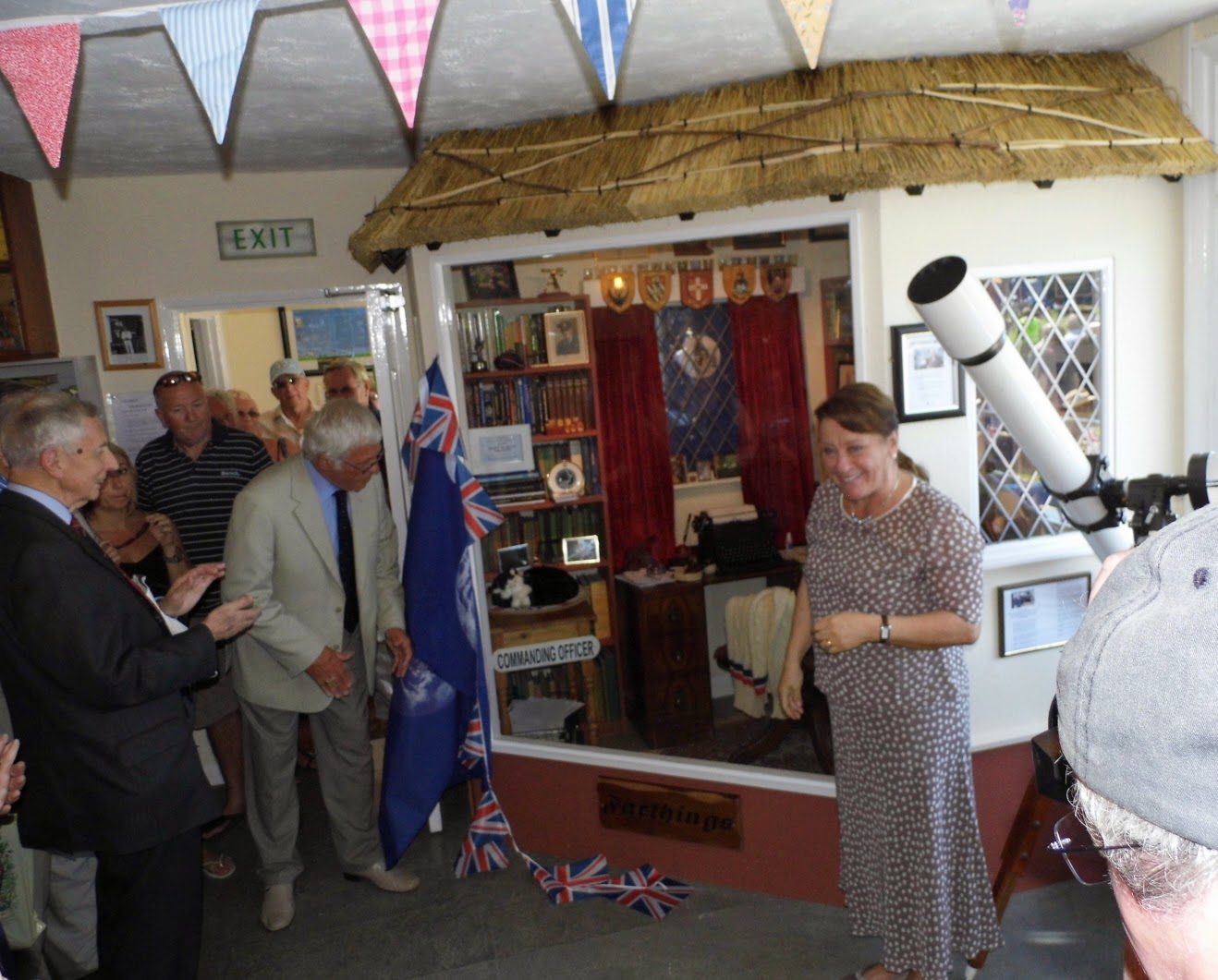 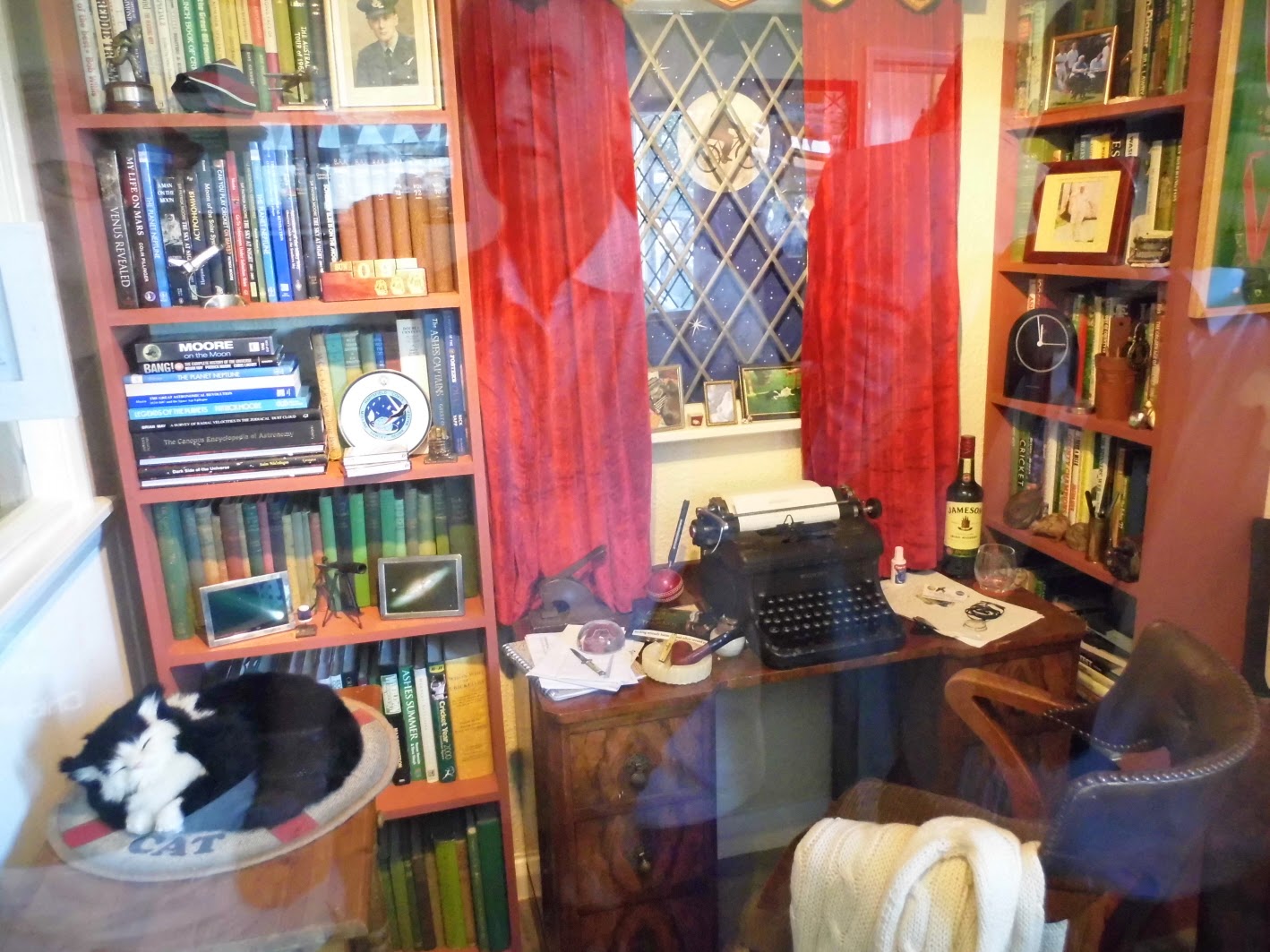 © Arfon Jones 2014. All images are copyrighted throughout the world.
Posted by Arfon Jones at 1:33 pm