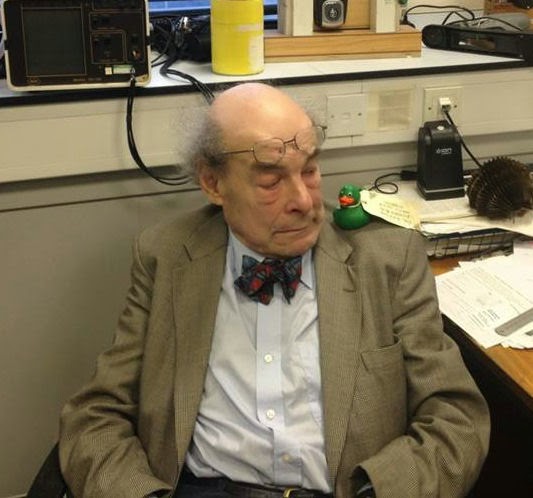 Firstly, regular visitors to this site will have noticed some changes to the layout, one of them being that Operation Bath Duck now has its own page. As a fair amount of time can elapse between Scout Ducks reporting back I thought it best to file them in their own individual page. By separating them from other projects, news and mitherings I hope to make it easier for casual duck related browsing.
All reports can be found under ‘ducks’ located at the top of the page.
Secondly… Scout Duck: 002 reported in from Brunel University, Uxbridge and in the care of inventor Professor Heinz Wolff! Known for his passion for science and practical jokes Professor Heinz Wolff has a tremendous gift for inventing and encouraging others to learn. He is fondly remembered in the United Kingdom for presenting shows such as The Great Egg Race, Young Scientists of the Year and Great Experiments Which Changed the World but he holds numerous other achievements! He qualified in physiology and physics in 1954. Subsequently, whilst with the medical research council, he chose to work on the interface between engineering and the biological sciences, calling himself a bioengineer, thus giving a name to the new discipline. He became head of the divisions of bioengineering at the national institute for medical research and subsequently at the clinical research centre. He was made an honorary member of the European Space Agency in 1975, for which he was chair for the Advisory committee looking at the uses of micro-gravity for scientific research. He was also scientific director and co-founder of Project Juno, the private British-Soviet joint venture that sent Helen Sharman to the Mir space station, which saw Helen Sharman become Britain's first astronaut in 1991. In 1992 he was recipient of the Edinburgh medal, awarded in recognition of an outstanding contribution by a scientist to society. 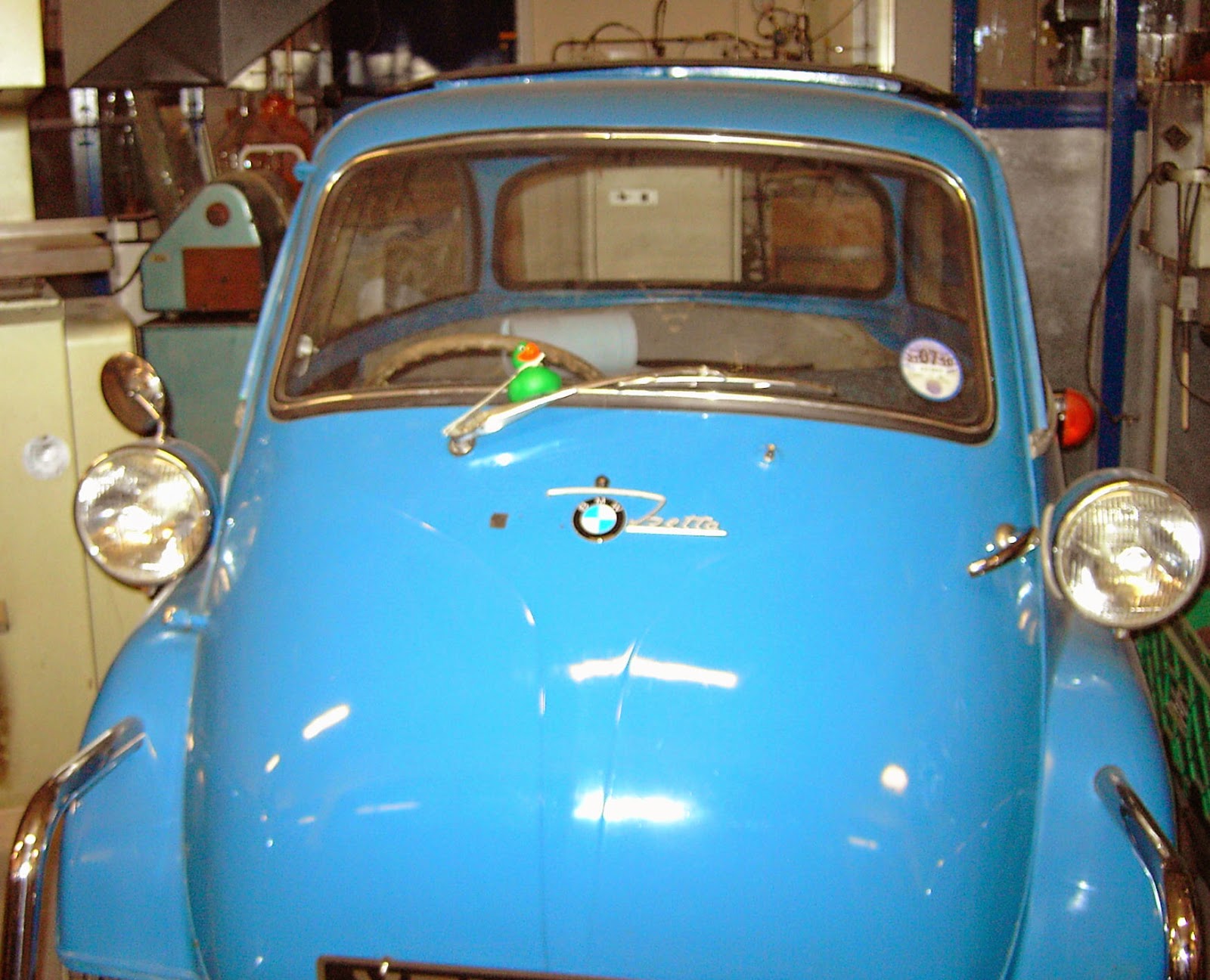 He founded The Brunel Institute for Bioengineering (BIB) in 1983 a multidisciplinary innovative research and development organisation, which is now closely aligned to the School of Engineering and Design. The Institute has developed from a renowned space research facility into an organisation with a multi-purpose Laboratory, which the Professor retains, devoted to his research projects. Over the years they have developed instruments used for biological research in the weightless environment of orbiting spacecraft and Tools for Living, i.e. the use of technology of all kinds to improve the quality of life of elderly people. In one instance the conversion of three-wheel BMW bubble car to run on electricity as a prototype for a new mode of transport for older people.
Having long admired the Professor’s work and achievements over the years I was delighted to see how Scout Duck 002 was getting on. I thank the Professor and Maura Donnelly for their time and kindness in helping with this project. It’s good to know that Scout Duck: 002 is in safe hands! 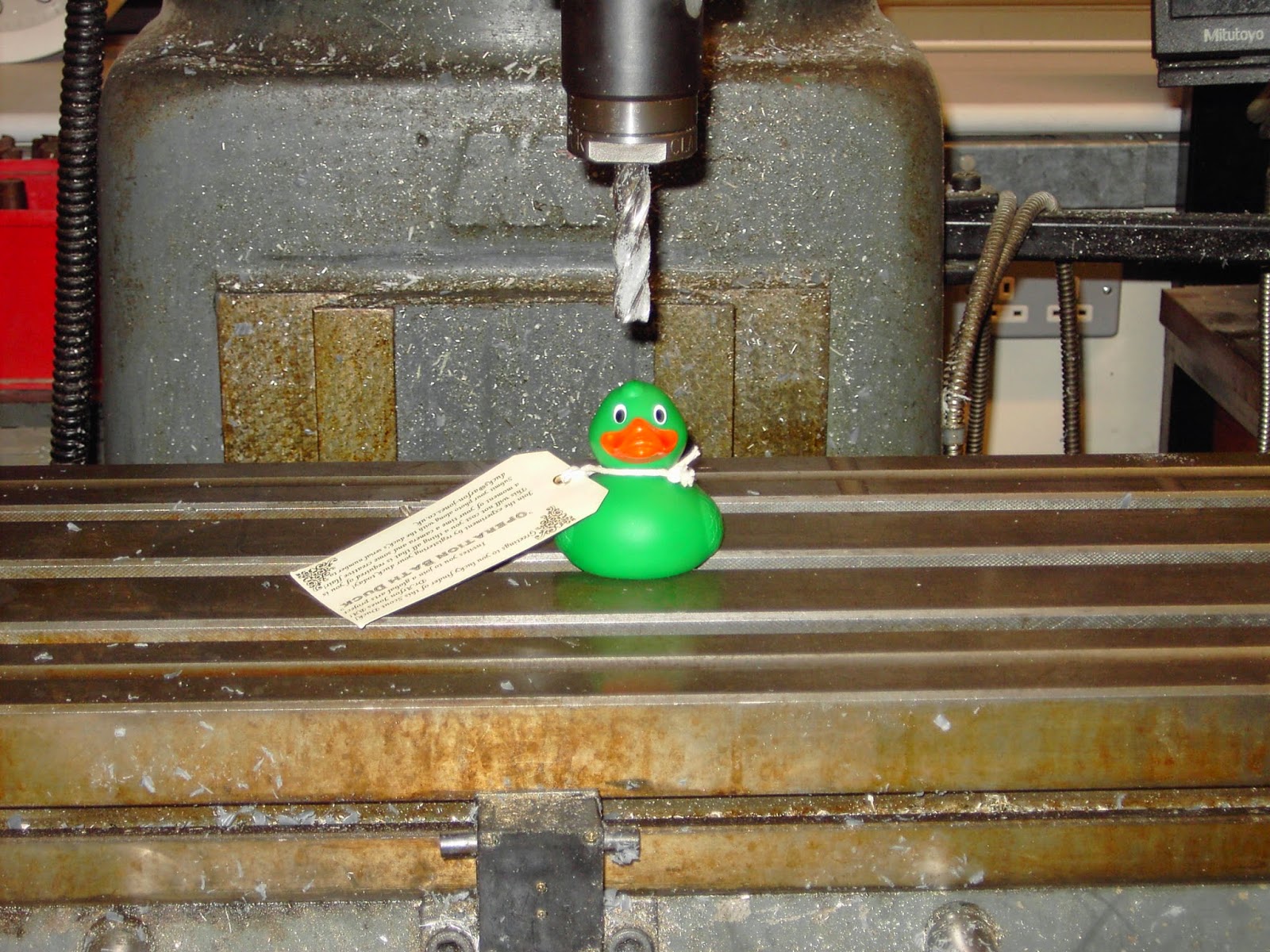 Information courtesy of the Brunel University website.
For a detailed account of the project please read 'Operation Bath Duck'
© Arfon Jones 2014. All images are copyrighted throughout the world.